The coronavirus crisis is above all a massive "infodemic", complains the World Health Organization (WHO). How quickly panic, false reports and even racist prejudice have spread with the coronavirus is frightening.

All over the world, Asian-looking people report how they are avoided or even openly hostile. A young Chinese woman was beaten up on the street in Berlin. In Rome, a bar by the Trevi Fountain denied entry to "all people from China". And these are just two of the many experiences that those affected report on social media under the hashtag "I am not a virus".

Cohesion and Division in China

In China itself, on the one hand, the crisis is strengthening the cohesion of the Chinese towards the outside world. The central government gets good grades. On the other hand, the country is now divided into dangerous and endangered, whereby the line is often drawn arbitrarily, violently and unfairly.

In particular, people from Wuhan and Hubei Province are sometimes treated like lepers. In online forums they are blamed for the crisis. Time and again there are cases in which hotels or restaurants reject guests from the heavily affected regions. Prior to a flight from Japan to Shanghai, passengers from east China's Zhejiang Province almost physically clashed with Chinese from Wuhan because they did not want to sit on the same plane. In quite a few villages in China, the residents have now set up roadblocks that look like the Middle Ages in a kind of vigilante justice in order to protect their community from strangers.

The social consequences of the virus are becoming just as big a problem as the virus itself. The government is torn: on the one hand, openness should help fight the virus. On the other hand, unfounded rumors shouldn't heat up the mood.

Beijing has little influence on the international overreactions. However, many Chinese are now wondering whether the reporting is still appropriate - especially when compared to other epidemics in the past. For example, there is persistent talk of a pandemic, i.e. an epidemic that is spreading across the world, although the WHO expressly emphasizes that it is currently not a pandemic, but only individual cases in only 20 countries.

The fact that the World Health Organization expressly praises Beijing for its measures is neglected by the Chinese in the reporting. China has set standards for upcoming epidemics, said WHO Director General Tedros Adhanom Ghebreyesus. The fact that an "international emergency" has nevertheless been declared is mainly due to the need to protect other countries that cannot react as well to the spread of such a virus as China. However, the WHO expressly says that it is not issuing a travel warning for China and that it does not want any trade restrictions. 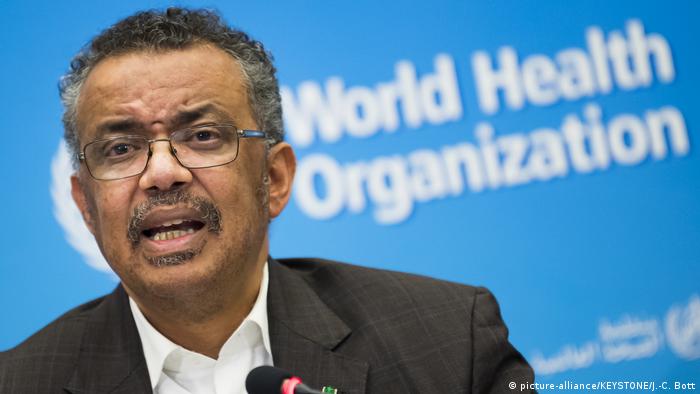 Not only the social media and the professional news offers of the western world sometimes overshoot the mark. American politicians are also using the virus for their power struggle with China. On its own and against the advice of the WHO, Washington has now put China on a par with Afghanistan, Iraq or Libya - countries in which "life-threatening risks are more likely".

Millions of outrage in China

This is "not a gesture of goodwill," commented a government spokesman in Beijing. A statement by the American Minister of Commerce, Wilbur Ross, has sparked outrage a million times over on Chinese social media. He said the virus, which has contracted thousands and killed hundreds, is "helping to accelerate the trend for more jobs to return to North America." A spokesman for his ministry later added that while fighting the virus first, it is also important to "mention the consequences of doing business with a country with a long history of real risks to disguise it from its own people and the rest of the world ". 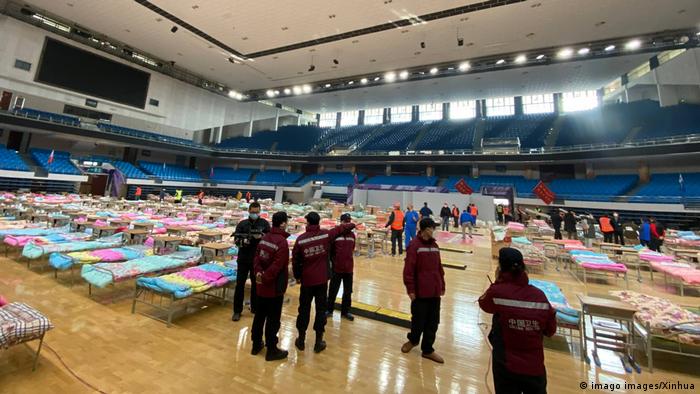 A makeshift hospital ward in a sports hall in Wuhan

On social media, the American government is accused of sitting in a glass house and throwing stones. In 2009, when the swine flu broke out, she behaved much more "carelessly" and "hushed up" towards her citizens and the world. The disease was caused by the H1N1 virus. In this disease, which the WHO classified as a pandemic in contrast to the coronavirus, 280,000 people died in more than 200 countries worldwide. Over 10,000 in the US alone. "Were Americans treated as ugly back then as we Chinese are today?" many Chinese users are now asking rhetorically. Some consider the world's handling of the virus - "Made in China" as the German news magazine "Der Spiegel" headlines - to be simply racist. And the Chinese state newspaper "Global Times" asks: What would have happened if a top Chinese politician had said at the time that the "American virus" was driving more investments into China? Indeed, the answer is obvious: there would have been a worldwide outcry. The Chinese state and its citizens stand side by side on this issue.

Distrust of the new transparency

But of course there is also a lot of mistrust in China about the new transparency of the state. For too long in the past events have been withheld or facts glossed over. And this time too, the Chinese authorities initially hushed up the dangers of the virus or at least grossly underestimated them. In Wuhan, the authorities knew of a first infected person on December 8th. But they were obviously overwhelmed with the situation. The official warning followed three weeks later. The report that person-to-person transmissions could in all probability be ruled out was also obviously too early. And the fact that several doctors who had issued warnings were arrested when the virus broke out does not increase people's confidence in politics.

After all: the Chinese leadership has now admitted "inadequacies and deficits" in the reaction to the corona outbreak. The outbreak is an "important test of China's system and the ability to govern," said China's state and party leader Xi Jinping. The measures must therefore continue to be "swift and decisive", the orders and prohibitions "strictly enforced". "We have to summarize the experiences and learn from them," Xi let the Politburo spread. National crisis management must be improved. The health system should be examined and "deficiencies" eliminated.

"Such assessments would also be wished for in the West," one reads on Chinese social media. On the short message platform Weibo, the Communist Party gave a new direction: The cadres must now show as much openness as possible. Those who cover up infections in their region or put their own political interests above the health of the people must expect severe penalties. Cadres would be "nailed to the pillory of shame for eternity" if they suppressed cases of illness. Even an app is activated in which citizens can denounce cover-ups by local officials and authorities.

However, the time of complete openness is over again. The authorities are censoring open criticism on social media channels again after a brief period of relaxation. It is said that anyone who "spreads rumors" will be arrested. And in case of doubt, the party decides what a rumor is. 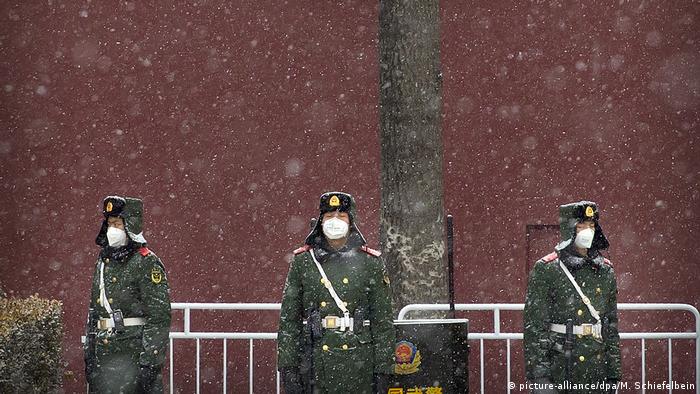 China continues to be perceived primarily as a repressive state

After this crisis, however, Beijing would be well advised to allow more transparency and competent civil society discussions. And also to promote a system with flatter hierarchies and less censorship. Because censorship always exudes the aura of silence, whether it is done with good intentions or not. And if cadres were rewarded for early warnings instead of dreading their careers, responsibility in such a crisis would certainly not be passed back and forth like a hot potato. In this respect, too, China has the chance to emerge stronger from this crisis - with a new, permanent transparency.

The West should also take advantage of the opportunity to learn from mistakes. Politicians and the media should at least ask two questions after this crisis: Were the assessments and reporting appropriate? And: Were the Chinese treated just as fairly as people in other parts of the world?

Our columnist Frank Sieren has lived in Beijing for over twenty years.