Is Australia a dangerous place to live

Allegations of Abuse in Australia: A Dangerous Place for Children 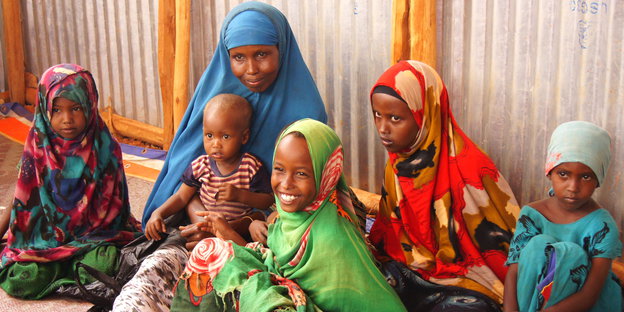 AUSTRALIA taz | Children in Australian internment camps live in a "dangerous place". This is the conclusion of the Australian Human Rights Commission after a comprehensive investigation into the Australian practice of forcibly imprisoning so-called boat refugees in isolated camps, usually for an indefinite period.

Between January 2013 and March 2014, the commission documented 233 cases of violence against children, 33 cases of sexual violence and 128 cases of self-mutilation by children. Almost 30 children started a hunger strike during this time.

A third of all children imprisoned on the Pacific island of Nauru, Papua New Guinea and on Christmas Island in Australia had psychological damage that was so severe that they required hospitalization. 167 babies were born in captivity in the past two years. Often they have problems walking because there is no safe place to learn to crawl. 257 children are currently being held in camps.

According to Commission President Gillian Triggs, the system of forced internment must be investigated by a supra-agency commission, the report said. The internment has long-lasting "negative consequences for the physical and emotional well-being" of the children, according to the report entitled "Australia's Forgotten Children".

Commission has "done its job"

Australian Prime Minister Tony Abbott accused the commission of "imbalance". You have not investigated the situation under the previous laboratory government and should "be ashamed", said the head of government. Conservative commentators in the media had tried in the run-up to the publication to impute Trigg's political motives. The human rights lawyer again vehemently denied the allegations on Thursday. The independent but publicly funded commission only “did its job”.

The psychiatrist Peter Young, who was previously responsible for the internment camps, describes the forced internment of boat refugees as "fundamentally toxic". The practice, which has been at the center of Australian asylum policy for years, is designed to “harm vulnerable people”.

Most of the detainees are refugees from crisis areas in the Middle East who make it overland to Indonesia in order to attempt the dangerous onward journey across the Timor Sea to Australia from there with the help of human smugglers by boat. Those who survive the voyage in the barely seaworthy and overcrowded ships are picked up by the navy and deported to the camps.

The conditions in the facilities on the island of Manus on Papua New Guinea and Nauru have been described by various organizations as "inhumane" and "dangerous" in recent years. Depending on the observer, there is a lack of protection from the scorching tropical sun, drinking water or food. Women and children in particular are at risk of chronic violence.

According to a doctor, the mostly Muslim women are often treated unworthily. There is a lack of sanitary towels - a woman was forced to walk past male guards while her menstrual blood was running down her legs. In addition, women on Nauru could only shower in front of the men, separated by a curtain.

“The system is designed to get people to go back to where they came from,” says psychiatrist Young. Life in the camps is "deliberately unpleasant and brutal". Talks with officials have shown that the brutality "is not an unwanted consequence, but an integral part of the system," said the expert.

According to the Commission, Australia's forced deportation to other countries and the indefinite internment of asylum seekers are violating various international agreements on the protection of persecuted persons and children. Various organizations agree, including the United Nations. Amnesty International said children and their parents should be released from captivity immediately.

According to refugee aid group ChilOut, the report reveals, “Our dramatic failure to meet our commitments. Instead, we arbitrarily detain children in order to punish them for seeking asylum. ”Around 90 percent of those detained are recognized as refugees. Australia refuses to accept the people. Instead, they should settle in Cambodia, Nauru and Papua New Guinea, where there is simply a lack of everything.