Have you ever been to Penang Malaysia

Penang in Malaysia: island of diversity

Contribution by Ann-Kathrin Metzger. The island of Penang (Malay: Pulau Pinang) is located in the northwest of the Malay Peninsula and, with its capital, George Town, is a melting pot of cultures. Here the diversity of peoples and history of Malaysia becomes clear in a small area. The possibilities for activities are almost inexhaustible. In the article, I'll tell you what you definitely shouldn't miss. 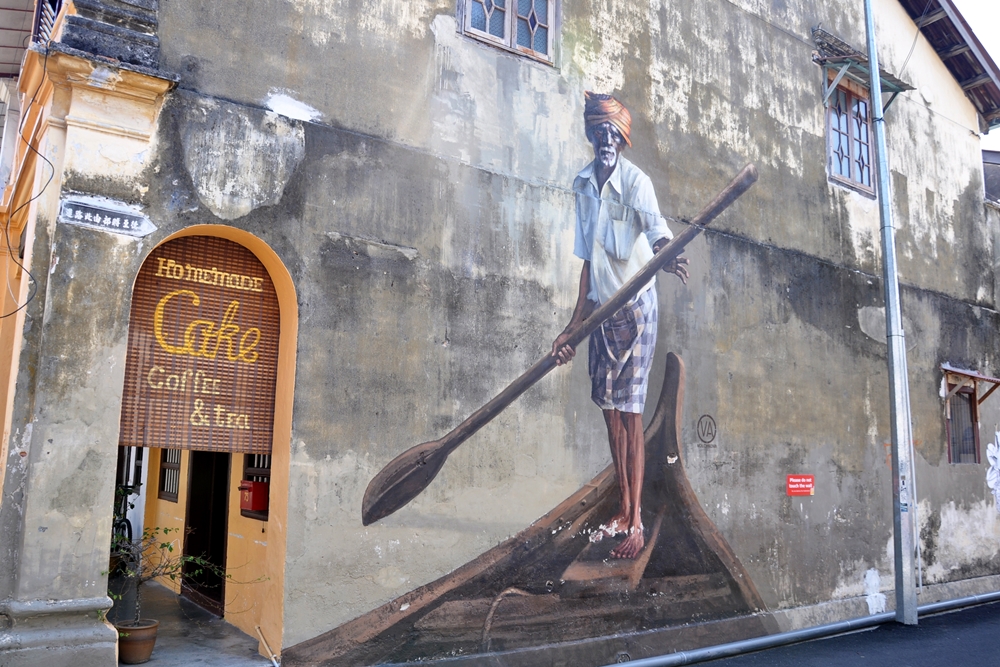 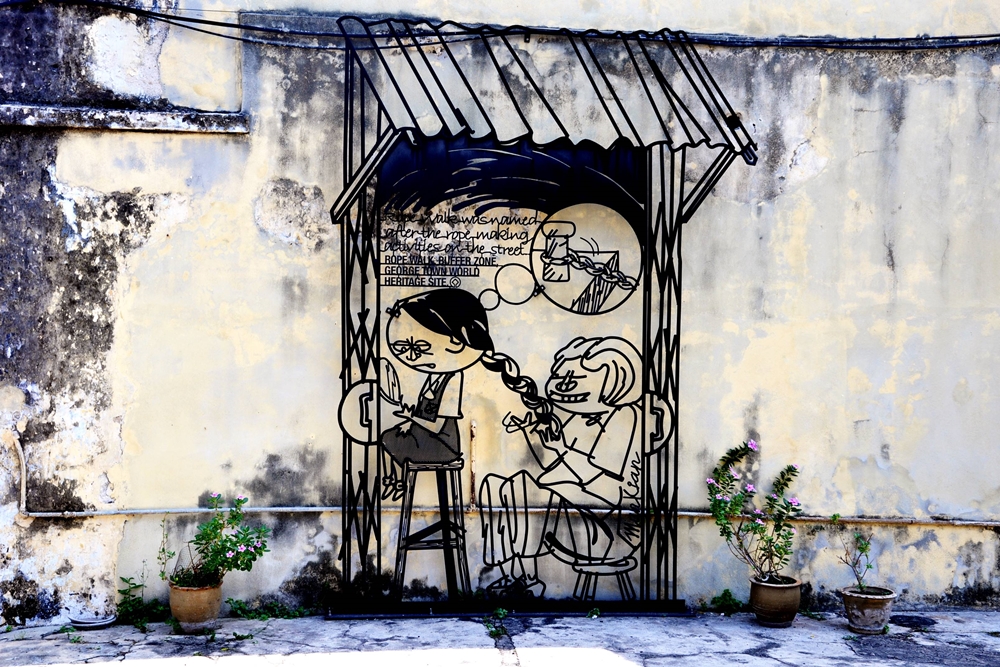 The best way to explore Penang's capital is on foot. During a tour of the old town you will come across funny iron illustrations everywhere on the house walls, which tell humorous anecdotes about the streets and quarters of George Town.

They are the result of an international competition that was commissioned in 2009 to make the streets of the UNESCO World Heritage Site George Town even more appealing for visitors from all over the world. 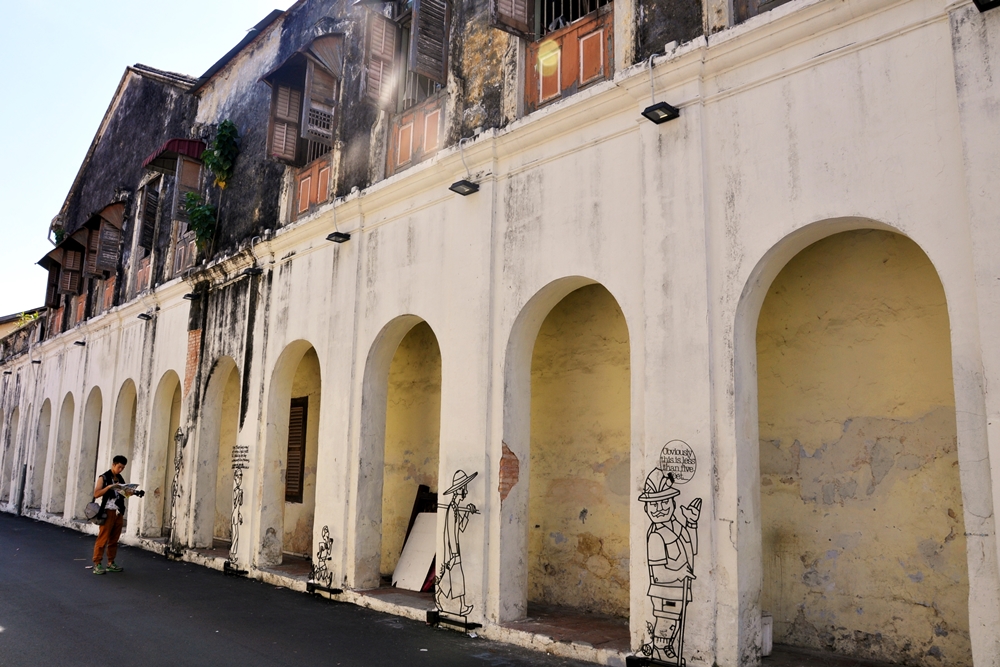 There is a city map on which the over 50 iron sculptures are listed. The plans will be displayed in hotels, hostels and guest houses under the name “Marking George Town”.

You can get the plans and further information about the campaign at the tourist information in George Town or online.

In addition to the iron illustrations, other works in the street art category are also listed on the map. Wall paintings and installations by artists like Ernest Zacharevic, who also pick up on local culture and history and make the viewer smile and reflect. 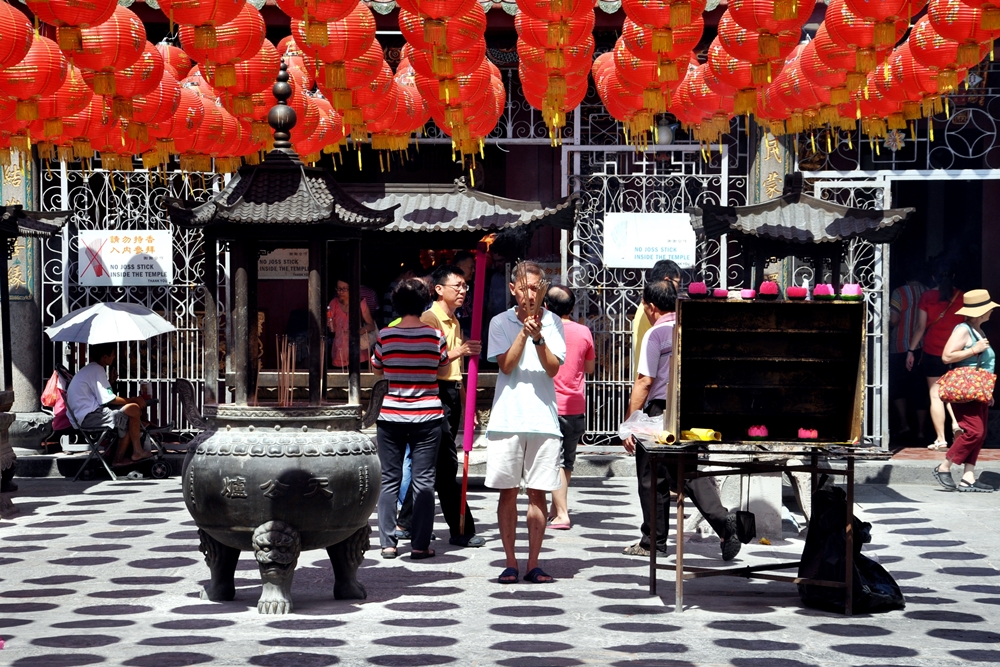 Mix of cultures and religions

The opportunity to immerse yourself in such different cultures and traditions on a small island made the visit to Penang special for me. 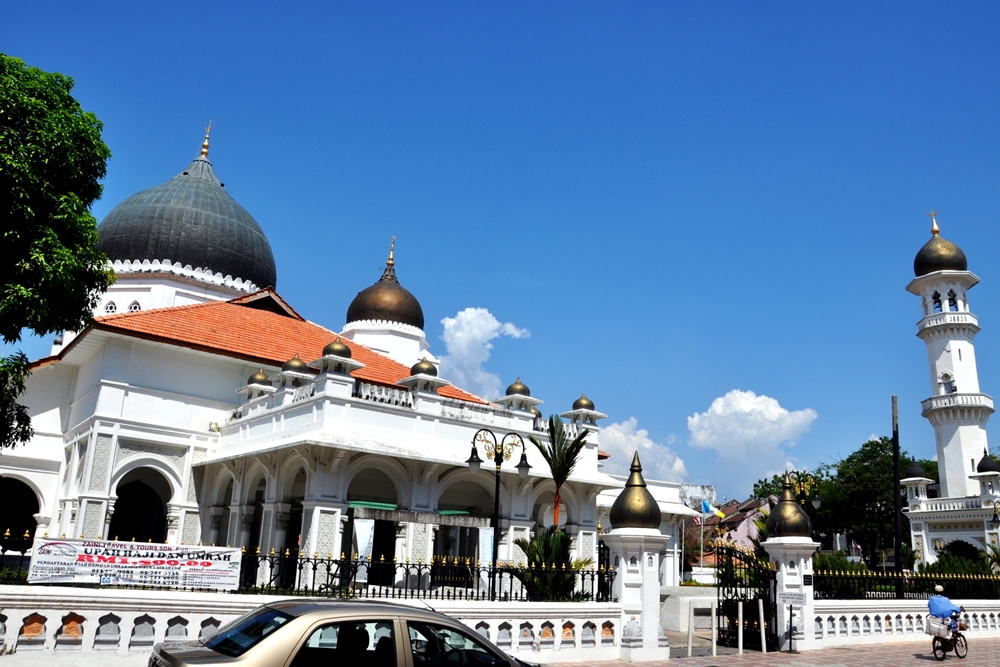 Just walk down the "Street of Harmony" (Jalan Masjid Kapitan Keling) in the heart of George Town's old town.

You will pass the Kapitan Keling Mosque, the Anglican St. George's Church, the Hindu Sri Maha Mariamman Temple and the Chinese Kuan Yin Teng Temple on a single street.

All beautiful buildings. Each with its own special atmosphere.

Morning after morning he sits in front of his little shop in Lorong Muda No. 1 (very close to the Kuan Yin Teng Temple). He practices a fascinating craft that has now largely been replaced by machines.

Not far from Mr. Lee, on the corner of Jalan Masjid Kapitan Keling / Lorong Stewart, you can watch the Indian flower-makers making elaborate flower arrangements with their skillful hands.

The best of Asian cuisine

In the old town of George Town alone, the selection of Asian food is huge: whether Indian specialties in Little India, fresh Chinese dishes in the cookshops of China Town, Malay, Vietnamese or Thai specialties in the many food courts.

Everything is just a stone's throw away from each other. And the food is varied, cheap and authentic.

I've seen so many lovely cafes in George Town that I wanted to sit down every few meters to have a coffee or a piece of cake.

I recommend the incredibly delicious Coconut Tarts to all sweets lovers. The little coconut tarts can be found in almost all bakeries and candy stores in George Town. 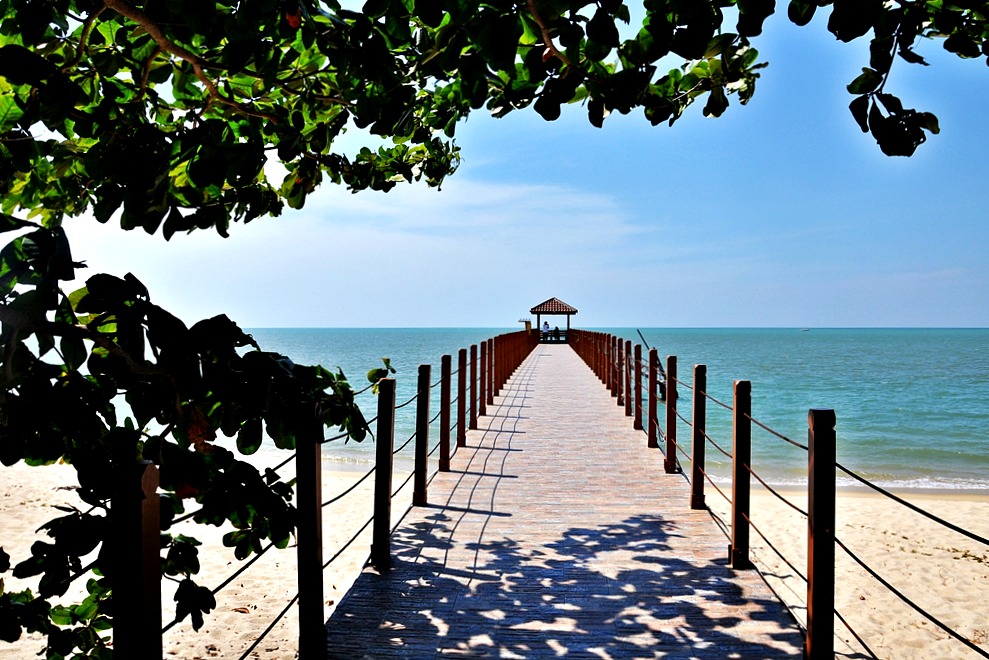 The small but very beautiful National Park of Penang can be reached by bus from George Town in about an hour. The park is right by the sea and there is no entry fee.

You can hike through the jungle to beautiful beaches, lakes and viewpoints or take a boat to the beaches or return from the beaches.

The park is open daily from 7.30 a.m. to 6 p.m. In the information building at the entrance you will receive a map with possible hiking trails. 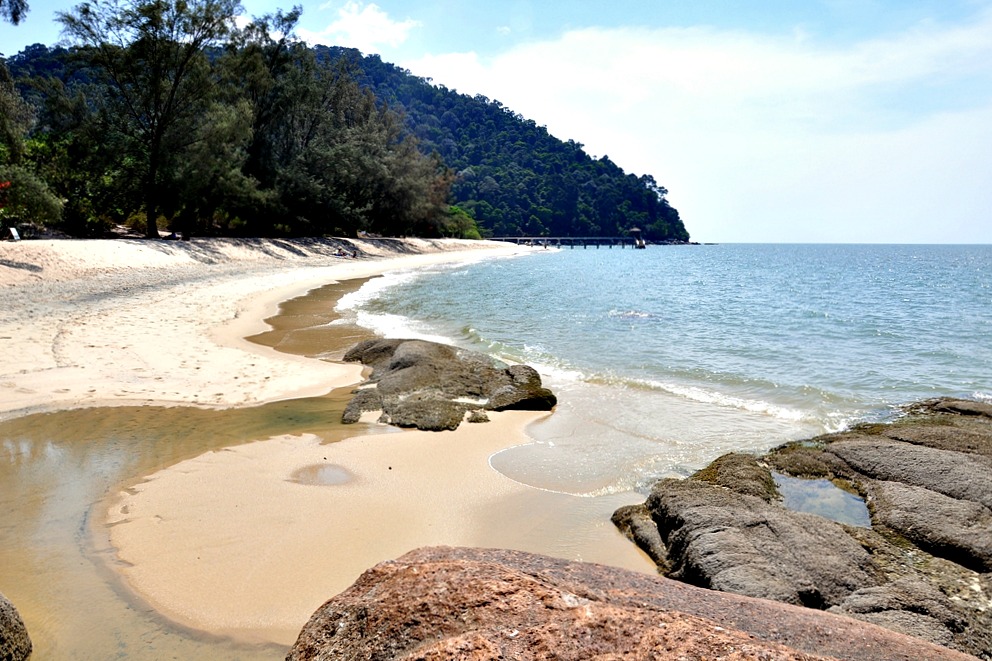 I did a hike to Turtle Beach for about two hours. A peaceful bay with a white sandy beach, a beautiful jetty and hardly any other visitors. 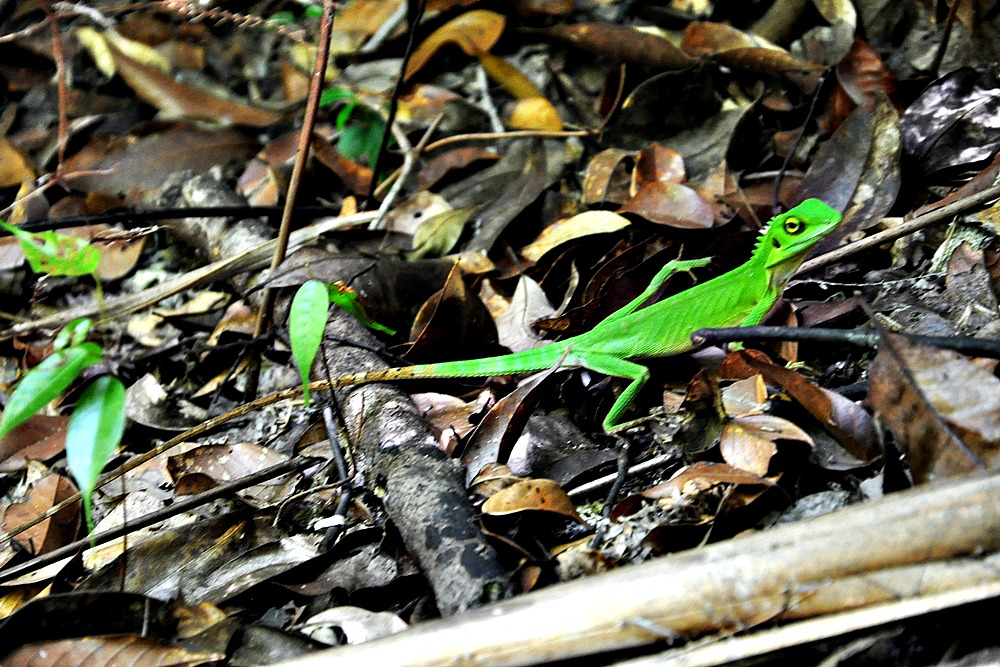 The hiking trail begins well paved and not very adventurous, but becomes very varied after a fork in the road.

Sometimes large stones formed steep stairs, sometimes I climbed over roots, under tree trunks or crossed a stream on a wooden bridge.

Everything under the shady canopy of the jungle, while the trees rustled all around. I've seen lizards, monkeys and colorful birds. 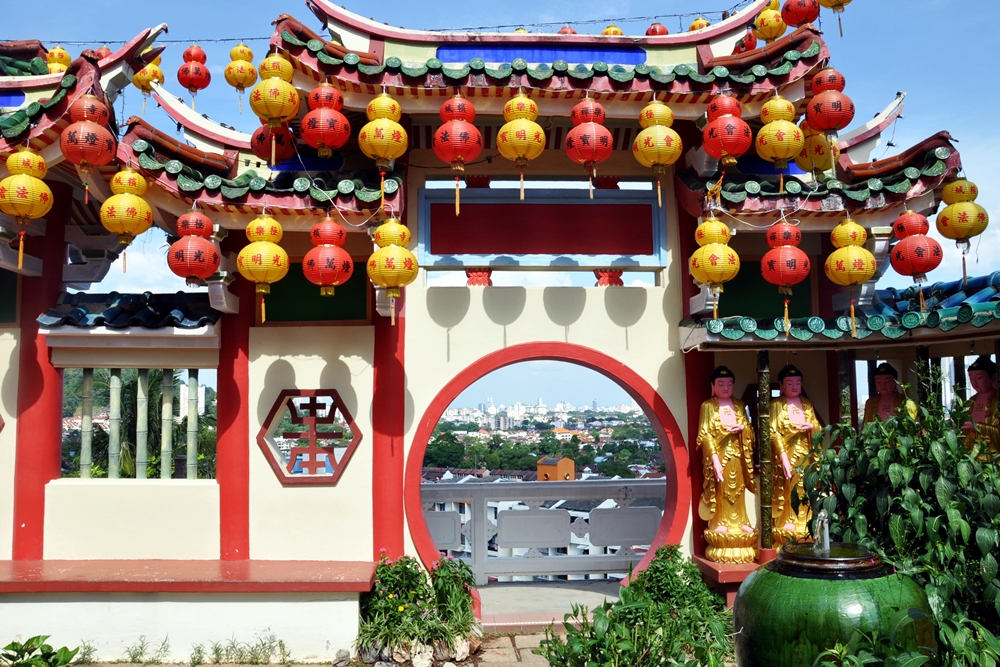 The Kek Lok Si is one of the largest Buddhist temples in Southeast Asia. The majestic complex with its prayer halls, pagodas and green areas can be seen from afar. 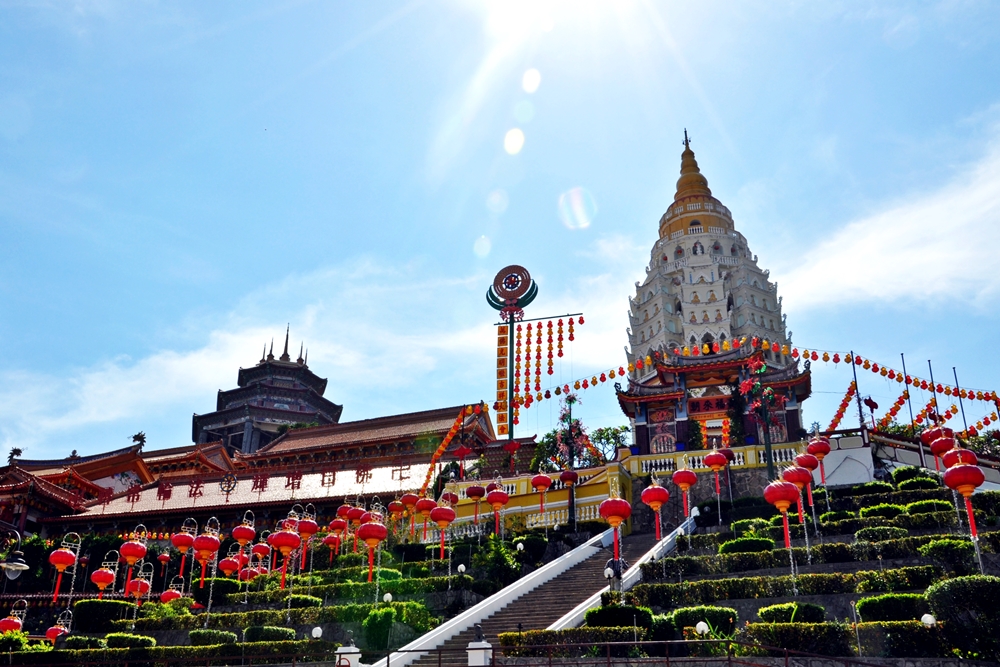 Even if you have already seen many temples in Asia - the Kek Lok Si is worth a visit.

The temple itself does not cost any entry fee, you only pay for the ride on the small mountain railway to a higher level or for entry to the so-called Pagoda of Ten Thousand Buddhas. Both cost less than 1 euro.

The Kek Lok Si Temple is located in the suburb of Air Itam and can be reached from George Town by public buses from the Komtar bus station. 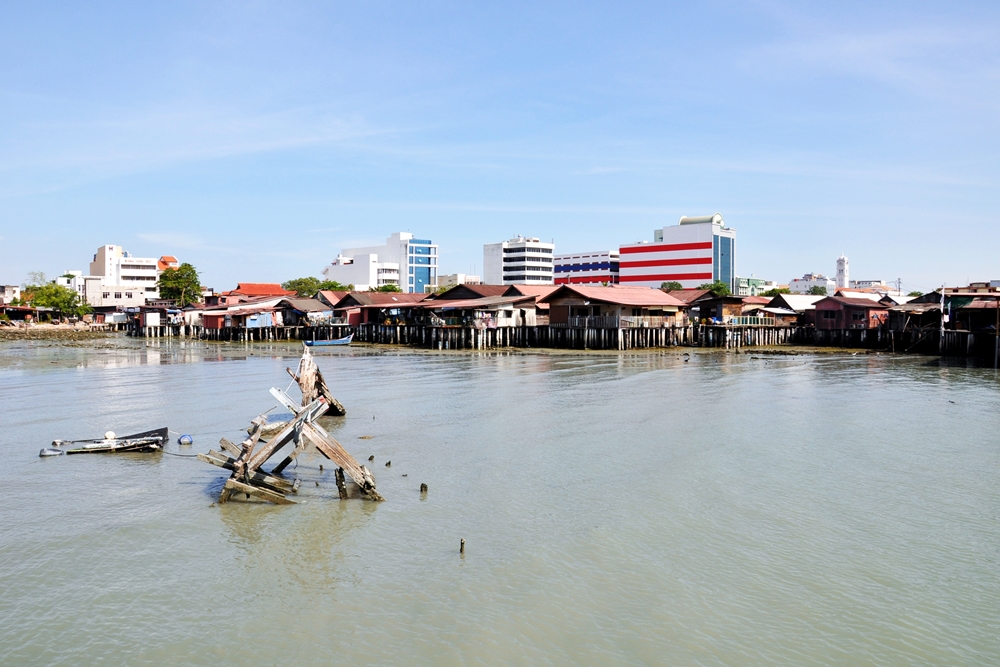 The Clan Jetties are small settlements that Chinese clans once established around the piers of George Town. The houses stand on stilts in the water and are also known as “floating villages”. They are still inhabited today.

On the piers you can walk between the houses out to sea and look back at the villages on stilts and the city. 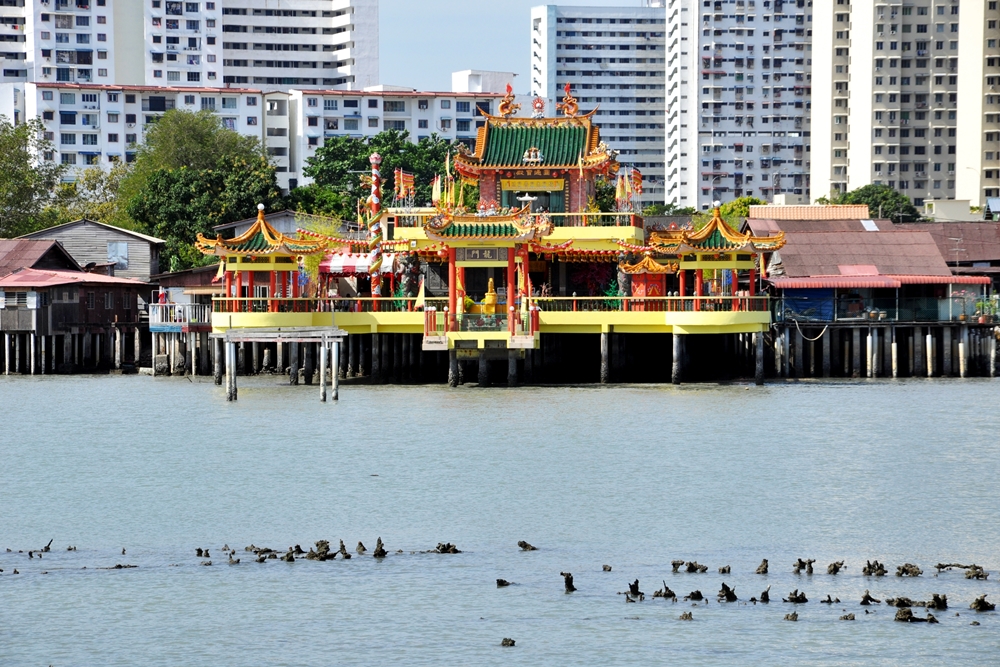 There's even a Chinese temple on stilts called Hean Boo Thean Kuan Yin that can be seen from the Jetties. It is not easy to find from the mainland, which is why few tourists get lost there. 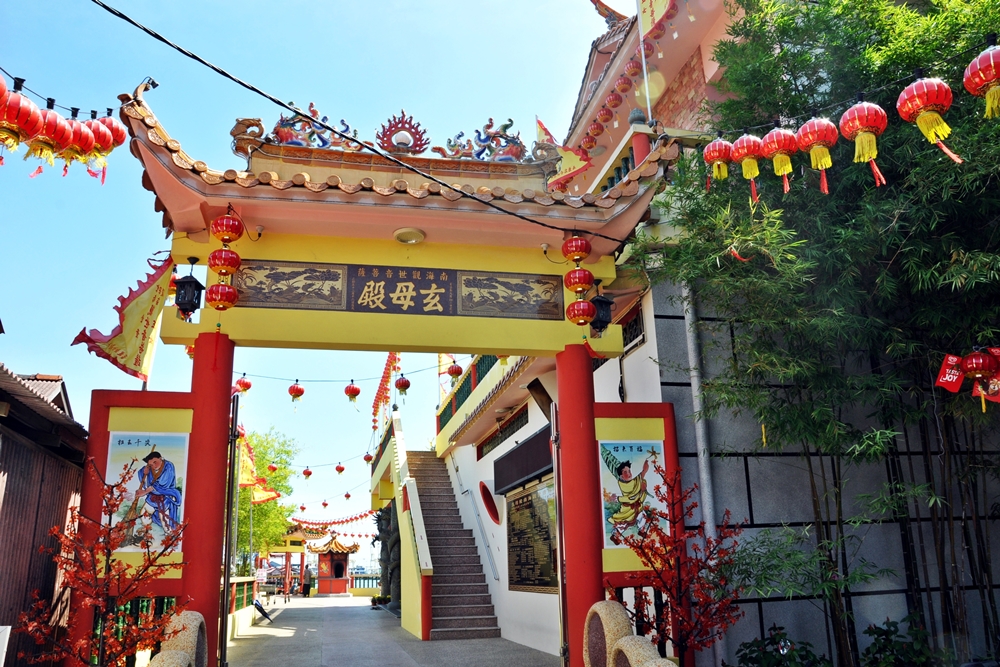 You can get to the beautiful temple if you turn into Raya Merdeka from the great Pengkalan Weld street (it leads along all the jetties).

At the first option, keep to the left and follow the Chinese lanterns that are stretched between the houses. Do not let yourself be irritated by the fact that the alleys are getting narrower and narrower. At the end of the path you stand in front of the entrance to the temple.

Many Malaysians speak English, which makes communication easy. In the former British colony, English is still widely spoken as a second language.

Understanding in English is usually not a problem, especially in the tourist-tested George Town. I have found the locals to be friendly and knowledgeable.

Penang has a modern airport, Penang International Airport, which is about 16 kilometers south of downtown George Town. Shuttle buses run between George Town and the airport every 30 minutes during the day.

Those arriving by bus, train or car from the mainland can take the ferry from Butterworth to the ferry terminal in the east of George Town.

Do you have any tips for Penang?

Malaysia: 7 destinations for the trip
See, feel and taste Kuala Lumpur
1 year trip around the world: My highlights & experiences from 14 countries 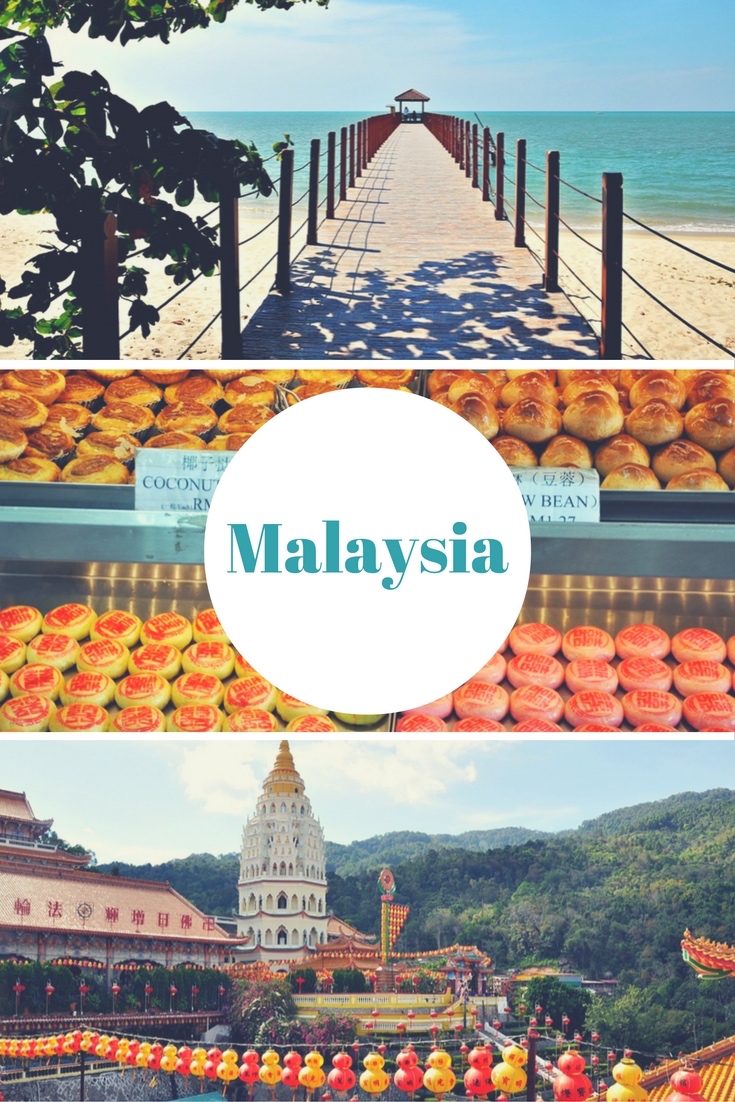 Did you like this article? Then share it, we are happy about it! Or do you want to be informed about new blog posts? Then subscribe to Travel on Toast via email or RSS feed - you can find it on the right or above.