What training advice should never be followed

Not a member yet?Register now and get started. 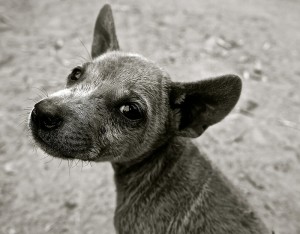 Just this week I had another appointment with a customer with a terrified dog from the animal welfare department. This dog had reached a point where it no longer wanted to come out from behind the corner couch. Of course I thought of bad experiences with a dog from animal welfare before the placement, but far from it. The owner explained to me that the dog had only been forced to leave its hiding place for about a week. He was afraid of that, too, but not to that extent. They would have tried everything to make it better and were consistently supported by the mediators. They really followed every training advice. You kept the dog in the fearful situations longer and longer and ignored his fear. They clearly showed their position in the pack and gave rescue drops in between. It was explained to them in a completely understandable way that the dog had to go through this and a clear pack structure would give him security. The mediating lady then said that it would be incomprehensible why it should be worse now and the owners could still get a trainer.

Another case of “Worse is always possible”. It really makes me angry that people without in-depth knowledge, based on their experience in animal welfare, think they can guide people in training and therapy issues.
It is like hearing someone else's symptoms and recommending medication from your own prescription experience. The neighbor tells you that he has had a bad cough for weeks and the recommendation is to find a cough suppressant that contains codeine instead of going to a doctor.
Unfortunately, it's not a single recommendation that went wrong. Recommendations like:
"This dog needs someone who shows him who the boss is"
"When the two cats have settled their territorial dispute, everything will be ok again."
"He has to go through there and then he'll get used to it"
"If it growls, press it quickly on the ground once"
"When the cats attack each other, they spray them with water"
are no exception. These things are far from animal welfare. Nevertheless, these people consider it absolutely right and point out that they have been active in animal welfare for 15 - 100 years and already know what they are doing.

Animal welfare is not far from me and it is also important to me, but only as long as it remains animal welfare. I understand the desire to help the new owners, but I can't understand what you have to put up with in order not to have to refer. 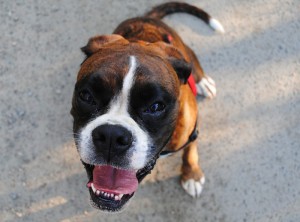 Of course, in most cases, these people are unaware of the possible consequences of their recommendations.
Of course, enough other people give such advice and you cannot prevent such sentences from sticking around. However, the person who mediates an animal bears special responsibility due to the proximity to the new owner. He is the contact person and explains a lot to the new owner about his new family member, about their past and character. This information is incredibly important to the new owner and conveying it is a great important task. But this should not be used to give parenting tips from your own sewing box. People who want to adopt an animal or a more difficult animal also plan the necessary effort.

If the above-mentioned dog had been worked on immediately, the owners and the dog would have been spared a lot of suffering. So these people and their dog have to carry more than they have to, because someone was of the opinion that he already knew what he was doing, as he has already given many such dogs.