What is the most powerful weapon

Education is the most powerful weapon to change the world

"Education is the most powerful weapon you can use to change the world," said Nelson Mandela. And he's right.

Education is a unique means of improving people's lives in the long term and sustainably. Because education is much more than just reading and writing: Education enables people to discover and develop their potential and to be able to take their lives into their own hands. In the long term, it is not only individuals who benefit from this, but also their own children, the family, the community and the country in which one lives.

Three young people talk about the importance of education in their lives and what they personally associate with education. The contributions are part of a series of the Global Education Partnership published as part of the #ShapetheFuture campaign. 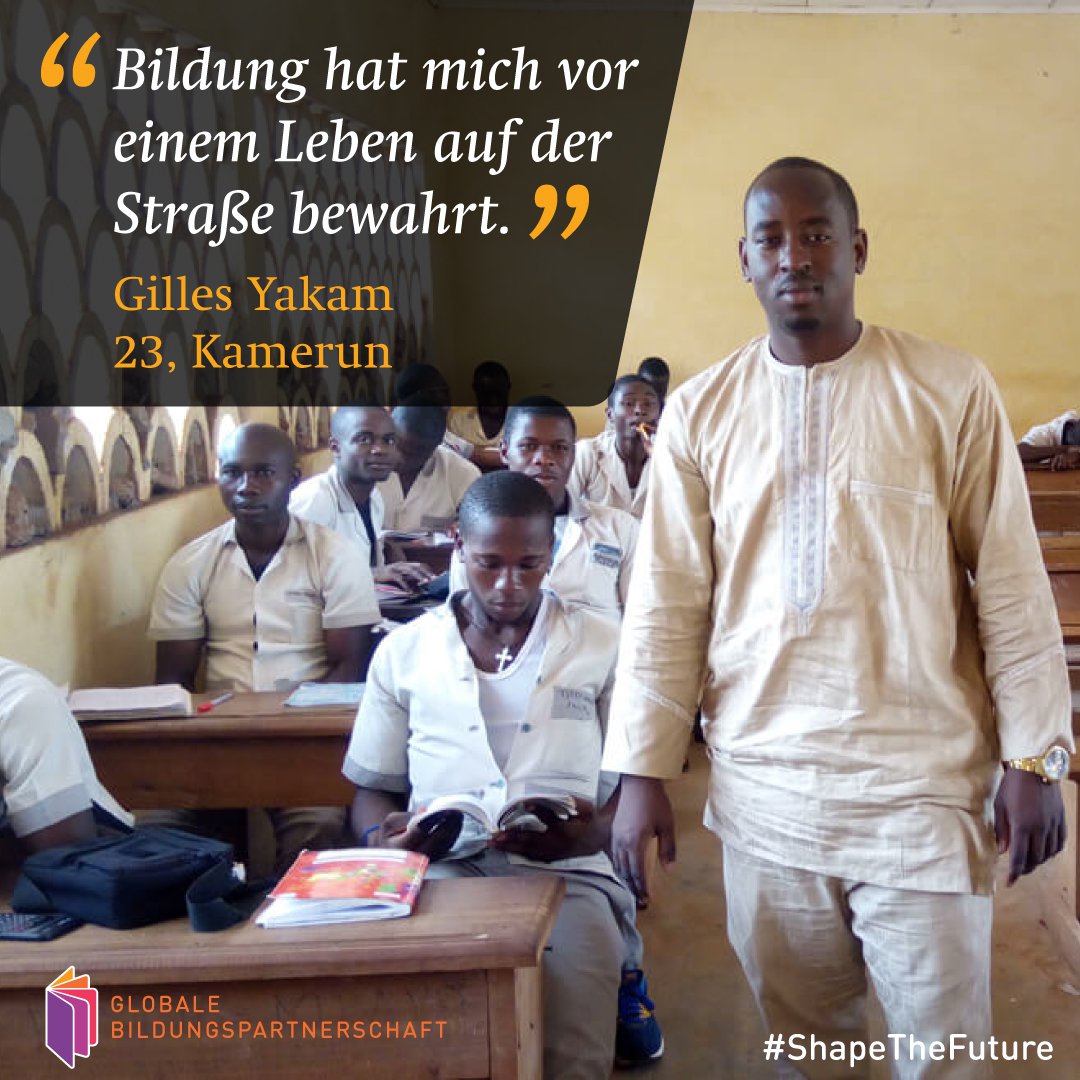 Gilles is 23 years old and works as a teacher in Cameroon. He is firmly convinced that - thanks to his education - he can achieve everything he dreams of in life: "My schooling enabled me to get a job and be financially stable."

But his way there was anything but easy. Gilles faced many challenges during his school days. He remembers how extreme heat was often a major problem during his primary and secondary school days. At that time there was also often a lack of nutritious meals.

In addition, the terrorist group Boko-Haram was staying in the region where Gilles lived. In certain areas that were particularly marked by crime and violence, he always had to be very careful as a student.

Gilles grew up in an area with a high crime rate. The likelihood that he would also be part of it was high. But Gilles chose a different future for himself. Today he credits his schooling with the fact that he did not end up in prison: "Education saved me from a life on the street." 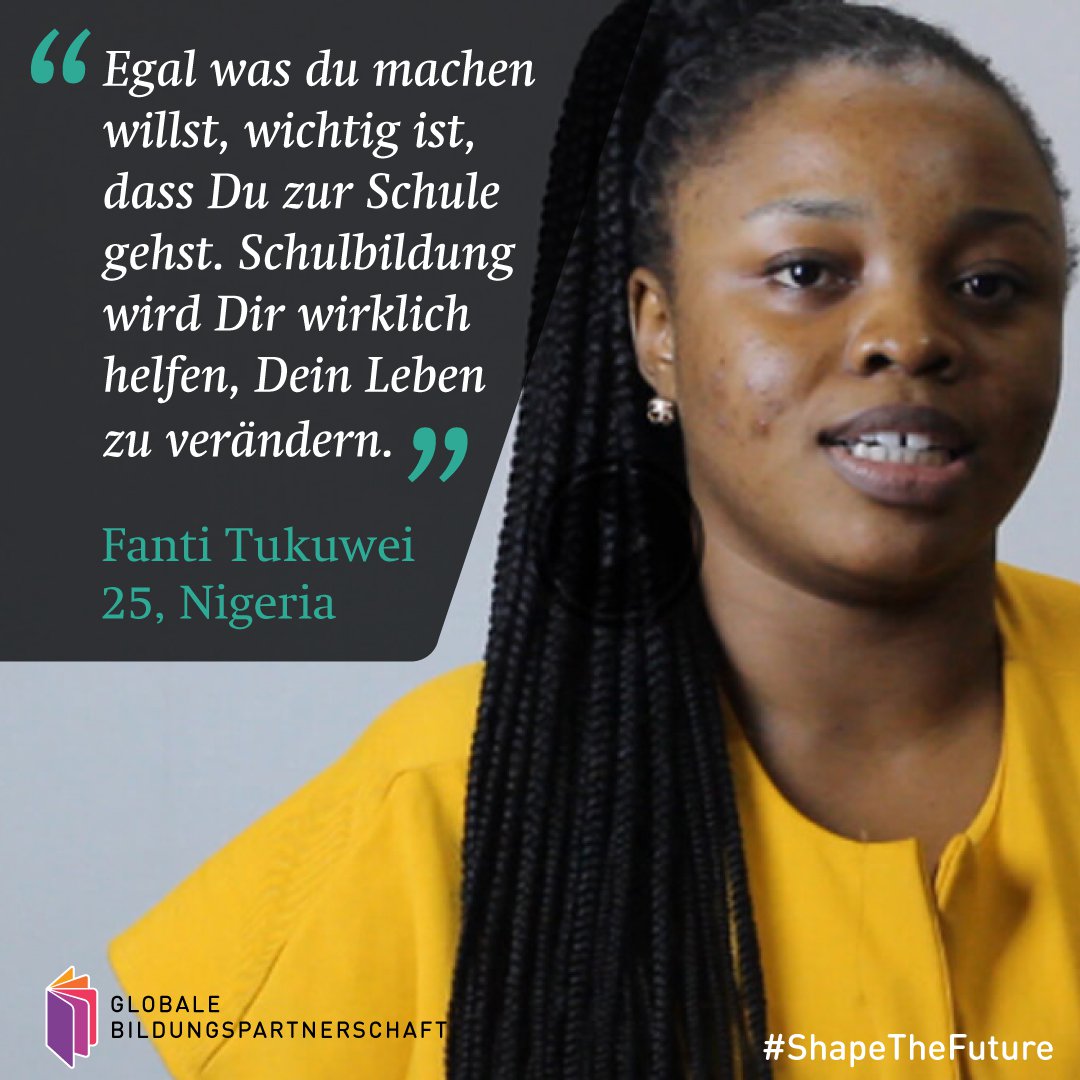 Fanti Tukewei comes from Nigeria. The importance she attaches to education is clear: “Education helped me to become an independent person.” Fanti firmly believes that her education has changed her attitude towards life and broadened her horizons.

Fanti studied chemistry at the University of Lagos. A subject with high demands on the students. The now 25-year-old had to work very hard to be successful. But despite the difficult major, Fanti fondly remembers her training, especially the time in the laboratory, where she developed chemicals that are later used in everyday products.

Fanti also faced challenges outside of class. For example, she lived far from her university, so she studied on campus at night so that she had more time during the day. To do this, she had to leave home at 11 p.m. to get to the library on campus, where she studied until 5 a.m. before everyday university life started.

For Fanti, learning goes far beyond the chosen course of study. She believes that education has influenced the way she thinks today. She therefore emphasizes how important it is to get a good education and training: “No matter what you want to do, it is important that you go to school. Education will really help you change your life. " 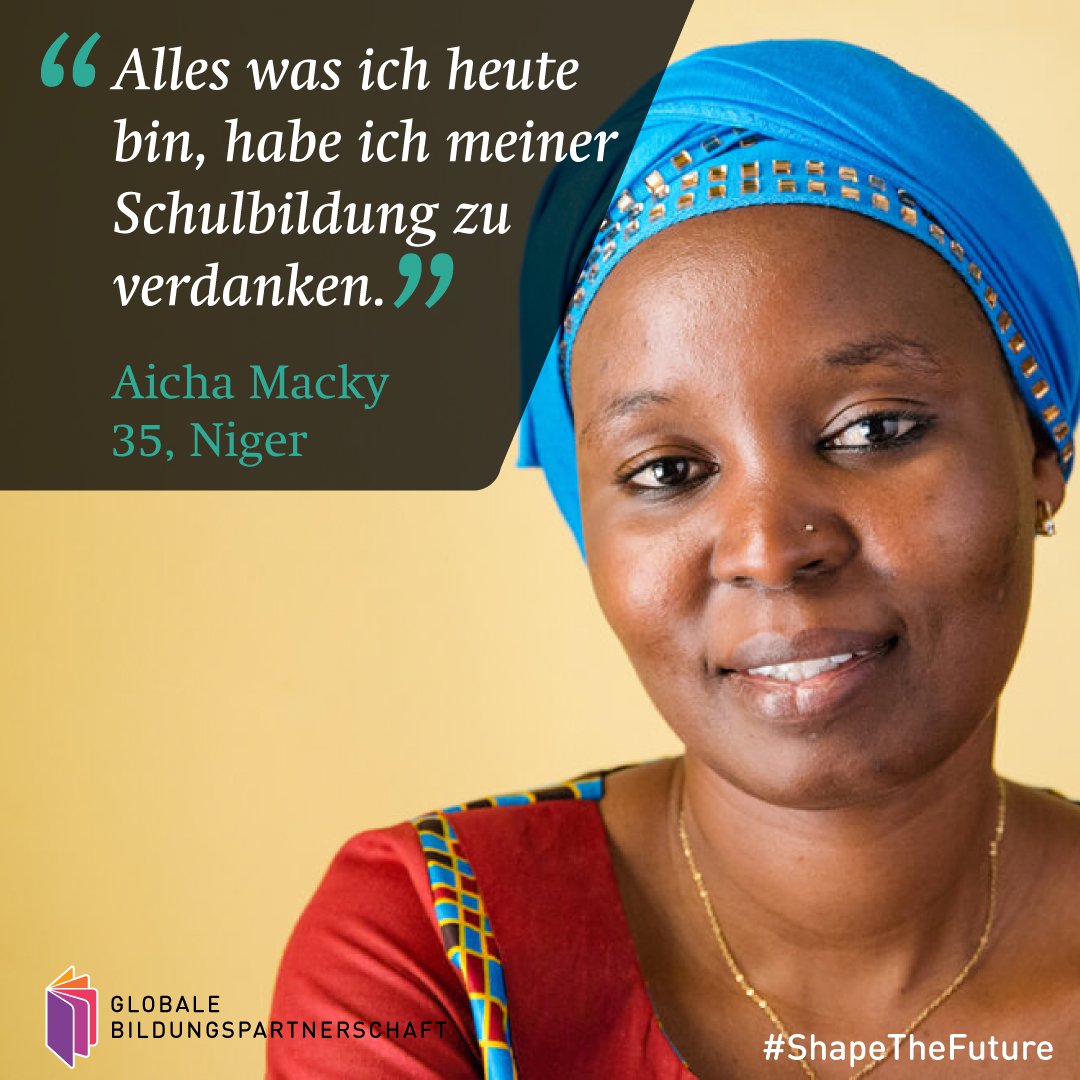 For the sociologist and documentary filmmaker Aicha Macky, education plays a central role in her life: "Everything I am today I owe to my education."

Her father, Aicha continues, never went to school himself. Nevertheless, he recognized the value of schooling and made sure that all of his children could go to school.

The now 35-year-old from Niger particularly appreciates the cultural diversity and the different ways of thinking that she was able to get to know thanks to her education. She emphasizes that education has "opened her eyes".

Nevertheless, Aicha initially found it difficult to find a professional career for herself. At first she wanted to be a diplomat, but then began to study law. It took a while before she found her true calling and finally discovered sociology and cinematography for herself. Today she sees herself as the cultural ambassador of her country: "Thanks to my education, I can communicate with the world."

Aicha, Fanti and Gilles are in the fortunate position of having received schooling. Unfortunately, not everyone is lucky.

At this moment alone, 264 million children and young people worldwide are unable to attend school. And not because they don't want to, but because they can't. For example, because there is no school, because they are on the run or simply not allowed to go to school because laws and cultural attitudes forbid it.

And as is so often the case, it is the poorest who are hardest hit by this global education crisis. More than half of primary school children worldwide who do not go to school live in countries south of the Sahara - one of the poorest regions in the world.

The Global Education Partnership GPE has set itself the task of tackling this problem and providing schooling for 870 million children and young people in 89 of the world's poorest countries.

Do you want to help ensure that children all over the world can go to school? Then get active here and, for example, ask the members of your constituency via email to support education worldwide!