Inflammation can cause cancer 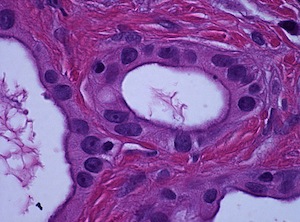 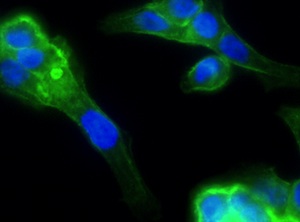 A connection between chronic inflammation and cancer was already observed in the 19th century by the well-known pathologist Rudolf Virchow: In most, if not all, pathology preparations of cancer tissue, signs of inflammation and immigration of immune cells can be observed. Epidemiological studies also show a connection between chronic inflammatory diseases and cancer. However, this research field has only recently gained attention again.

Inflammation associated with cancer is a two-sided sword: on the one hand, it can be a sign of immune defense in response to cancer, which would make it beneficial. The theory of so-called immune surveillance assumes that the body's immune system prevents the development of cancer in countless cases at an early stage by detecting degenerate cells. However, inflammation can also promote tumor growth. If the inflammation is mild and persistent, the body tries again and again to repair tissue and thereby lowers the accuracy of the cell repair mechanisms. Presumably, cancer cells also manipulate the immune system in a targeted manner in order to create a microenvironment that is beneficial for the tumor.

Large international studies have shown that chronic inflammation of the pancreas (pancreatitis) is an important risk factor for the development of pancreatic cancer. The development of cancer is a step-by-step process. Our research group tries to identify molecular mechanisms and signaling pathways of chronic pancreatitis in order to prevent cancer or at least enable treatment in its early stages. This research combines methods from the fields of surgery, pathology and immunology. 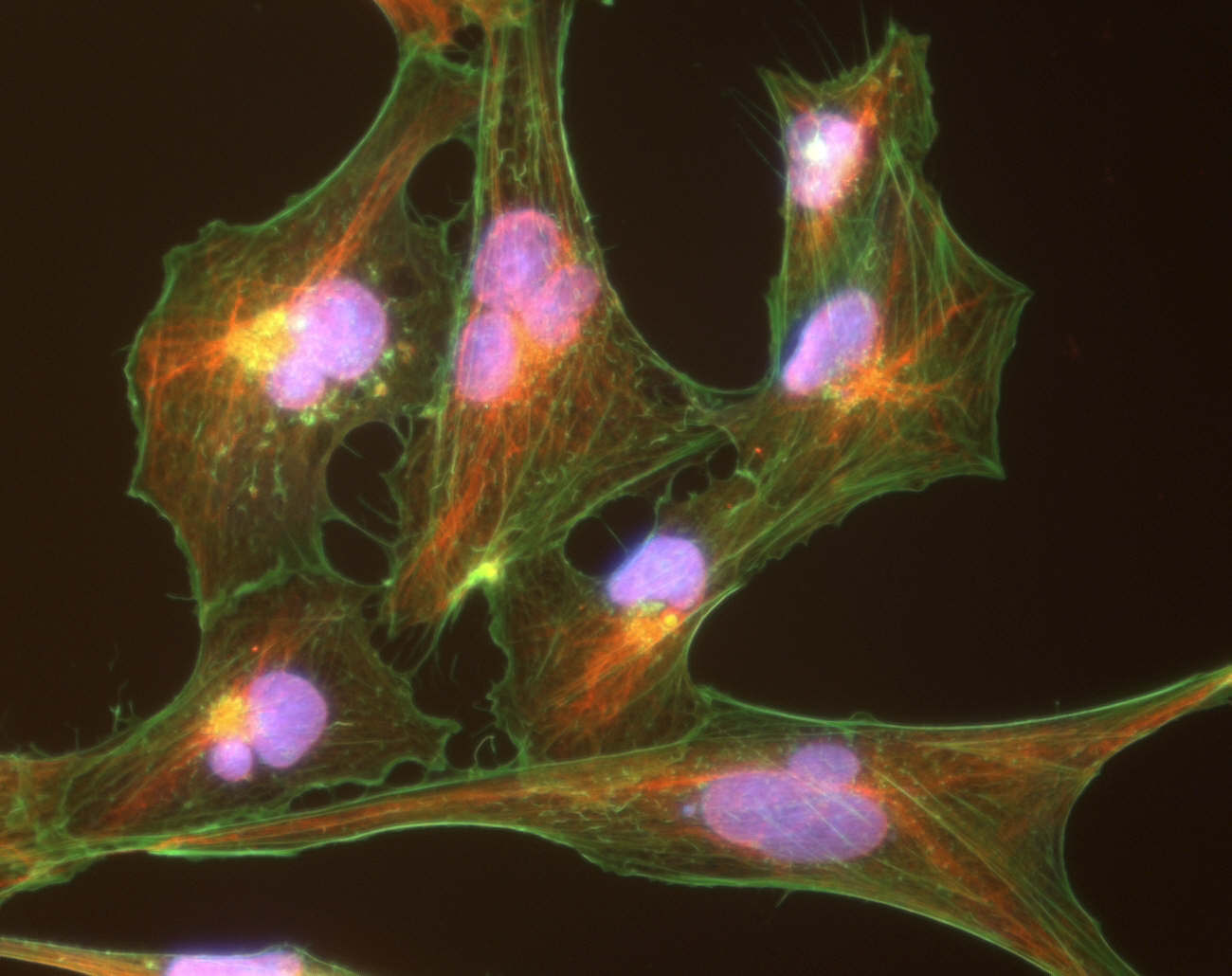 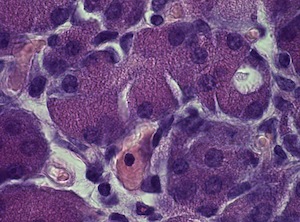 Carcinogenesis is a multi-step process characterized by the accumulation of somatic mutations in a particular cell, which then changes its properties. Acquiring multiple such changes may result in the manifestation of a malignant phenotype. These changes mostly affect the expression of certain genes, both qualitatively or quantitatively or both, and offer the cell, among other things, the possibility of infiltrating into neighboring tissues.

Examination of the isolated cancer cell, as in the conditions of an in vitro culture, provides information regarding the pathogenesis of cancer. But that's not enough nowadays. It is often observed that the rate of cell proliferation in vitro does not necessarily correspond to the tumor growth in vivo. During tumor invasion, fibroblasts are involved in the degradation of the extracellular matrix by secreting proteases and their activators, which break down the matrix. Factors such as the scatter factor / hepatocyte growth factor as well as interactions between neoplastic cells and the extracellular matrix can play a role in both cancer cell migration and proliferation. The extracellular matrix can also serve as a reservoir for growth factors.

Understanding the interaction between tumor stroma and cancer cells represents a new and very promising area in cancer research. In addition, knowledge of these changes has enormous consequences for our understanding of tumor development and thus effects on future diagnosis, prognosis and therapy of this disease. 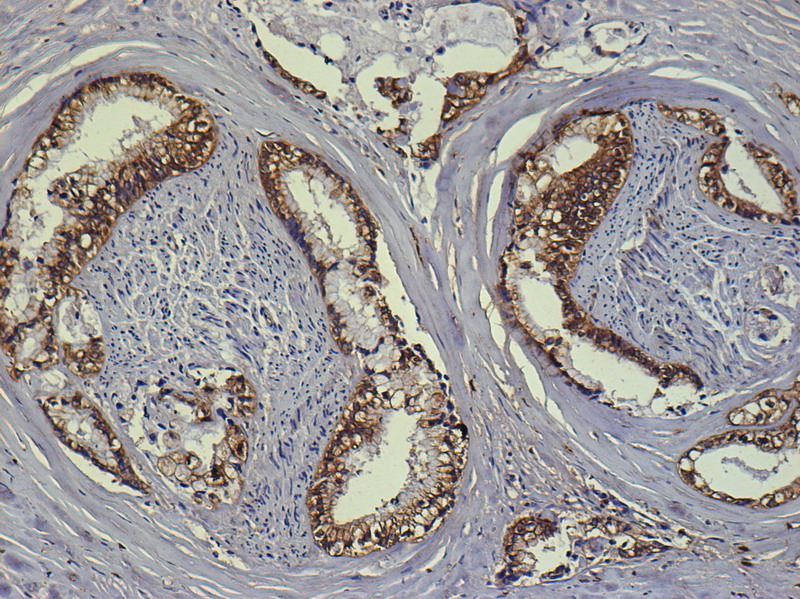 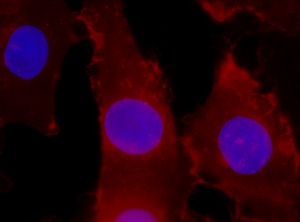 At the time of diagnosis of pancreatic carcinoma, there is an invasion of the surrounding tissue and of the perineural structures inside and outside the pancreas in more than 85% of all cases. In addition to the systematic spread, this perineural invasion is responsible for the poor prognosis of pancreatic cancer - patients without perineural invasion have a significantly higher expectancy of survival. The perineural spread is a typical peculiarity of ductal adenocarcinoma of the pancreas and probably also causes the characteristic pain syndrome from which the majority of patients suffer with severe, typically dull and constant pain.

The infiltration of tumor cells into the retroperitoneal nerve plexus very often excludes a curative resection and is also a main reason for a later local recurrence after a resection. There are various explanations for the affinity between pancreatic cancer cells and perineural cells, including the thesis of least resistance: It sees the mechanical structure of perineurium and cancer cells within the dense microenvironment of the tumor as the weak point and thus the best possible environment for spreading.

Another thesis understands the invasive growth starting from the vessels and lymphatic tissue associations of the perineural field. This thesis is also supported by the suggestion that hypoxic cancer cells tend to move into oxygen-rich environments.

Furthermore, there seems to be a certain neurotrophism and thus also a potential chemical affinity of cancer cells due to various biological factors released by neural or perineural cells. In our project we want to understand the pathobiological basis of the perineural invasion in pancreatic carcinoma, which is very important for surgical intervention and oncological therapy. 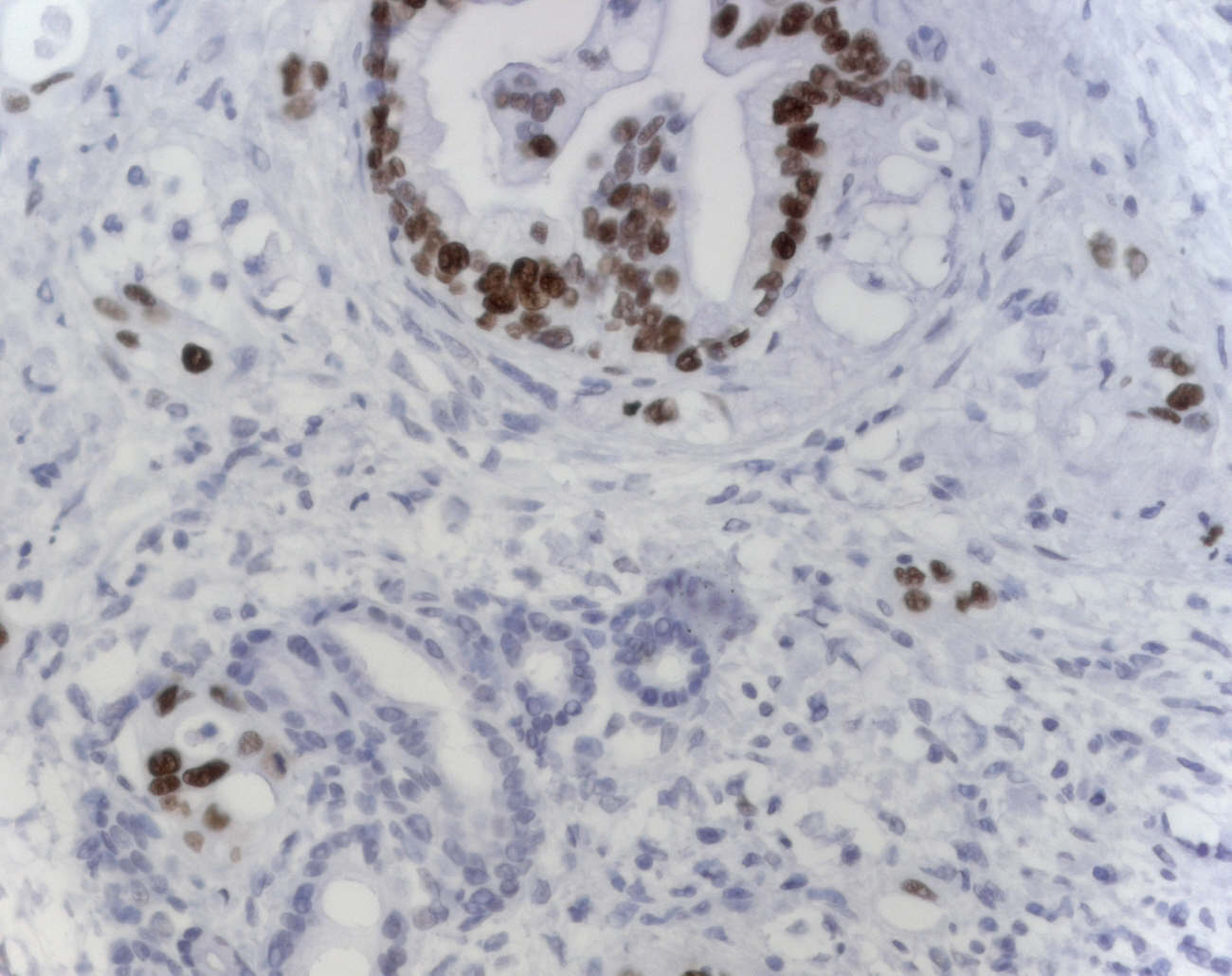 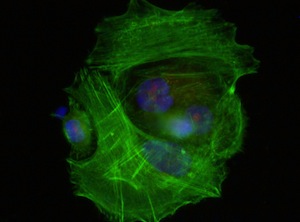 Patients with chronic pancreatitis (CP) and pancreatic cancer (PK) typically experience severe abdominal pain. Even though surgery is currently the best treatment option, the pain can return even after surgery, and in many cases surgery is not possible at all. According to recent research approaches, changes in the nerve supply to the pancreas seem to play an important role in the development of the characteristic pain.

In many patients with CP and PK, histological examinations indicate a change in the morphological composition of the intrapancreatic nerve plexus. During CP, an increase and enlargement of the intrapancreatic nerves is observed. Along with this higher neural density and hypertrophy, there is also a change in the ultrastructure: The nerves are surrounded by various inflammatory cells that infiltrate the nerve structures, thereby damaging the perineurium and thus causing the characteristic “pancreatic neuritis”. The same symptoms and processes within the neural pancreatic tissue can also be observed in pancreatic carcinoma, except that here the cancer cells infiltrate the nerves and destroy the perineurium.

Our research group concentrates on two main research areas: on the one hand on establishing a well-founded characterization of pancreatic neuropathy and on the other hand on researching and explaining the pathomechanisms in CP and PK. For this purpose, various research projects are carried out on the basis of some self-developed and established in-vitro and in-vivo models. Ultimately, these preclinical research results should lead to the development of a new effective treatment for neuropathic pain and a possible intervention to limit neural invasion.