Why are cells different in size and shape

All living things are made up of cells - but the cells look different. Here is an overview of the most important cell types. 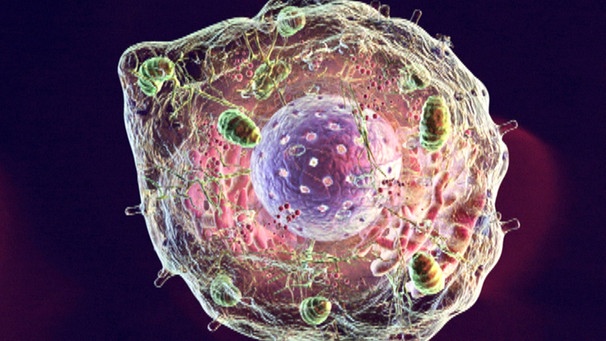 Regardless of the type of living being, whether it is predator, prey or symbiote, the smallest structural unit of every living being is the cell. The cells of different living beings are structured differently, according to their division: There are multicellular cells - these are animals, plants and fungi - and single cells with algae and bacteria. 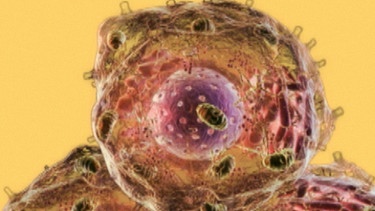 This is what animal cells look like in the microscope. Animal cells do not have a cell wall. They are only limited by a membrane.

The basic plan of the animal cell shows three structures that can be seen under the light microscope. Delimited from the outside by the cell membrane, the cell contains the viscous cytoplasm with the cell organelles. One of them is the cell nucleus, which protects the genetic information, the DNA. Other cell organelles organize the division of labor in a cell. Energy is obtained in the mitochondria, the ribosomes are essential for the production of protein. The endoplasmic reticulum as the "mail system" of a cell sends manufactured substances to their destination.

The nerve cell is very branched out where it receives signals, in the area of ​​the dendrites.

When viewed under the light microscope, the angular structure of the plant cell is immediately noticeable. The cell receives this from the solid cellulose wall that gives it its shape - a very characteristic feature of a plant cell. The vacuole presses against the cell wall from the inside and thus ensures stability. A plant cell contains the same cell organelles as an animal cell, but can also contain chloroplasts. Chloroplasts are the place of photosynthesis, the process without which no animal life on earth would be possible. In the chloroplasts, the leaf pigment chlorophyll captures the sun's energy and uses it to produce sugar from water and carbon dioxide. Oxygen is a waste product that is released to the outside world. Since plants produce high-energy organic substances such as sugar from inorganic substances, they are called producers.

From the cell to the organism

Every cell of a living being takes on a specific task. All cells of the same design that perform the same task are combined into one tissue. An organ that takes on a specific function is formed from different tissues. For example, the skin as an organ is made up of epithelial, connective, muscle and nerve tissue. All organs - for example heart, lungs, liver - make up the entire organism. A plant is also divided into organs depending on its functions. The flower is in the service of reproduction, the root provides anchoring and water absorption. The leaf is also an organ and is made up of different tissues, each tissue being made up of cells of the same type.

Bacteria, too, consist of a cell, which - depending on the species - can be shaped very differently. The basic equipment includes the cell membrane and cytoplasm as well as bacterial ribosomes. Some bacteria have one or more flagella for their own movement, while others slide around without flagella.

The cell wall, which does not contain cellulose, is not mandatory, but it is usually present. Many bacteria have multiple copies of small circular elements of DNA called plasmids. However, there is one thing they always differ from the cells of unicellular organisms, plants, fungi and animals: bacteria do not have a cell nucleus.