Sold as a bride from Pakistan to China

Basheer Ahmed wanted only the best for his daughters. The resident of the East Pakistani city of Lahore belongs to the middle class. However, the 60-year-old with a disability was very worried about whether he could financially afford his daughters' wedding.

"That was a difficult task," says Ahmed, Koran teacher and father of four, to Deutsche Welle. He began to look desperately for a suitable son-in-law for one of his daughters.

Then representatives of a marriage agency came up to him and made an offer. "They said they had a proposal for my 24-year-old daughter Yamna Bibi from a Chinese named Chan Yen Ming. He recently converted to Islam. Chan will pay all the costs for the wedding and he will also allow my daughter to go to China work." 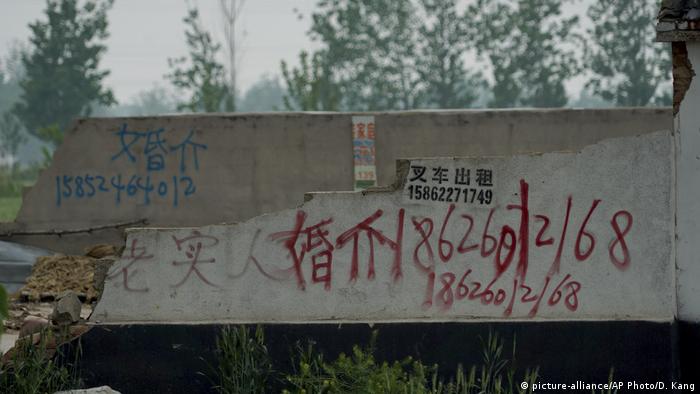 Bibi and Chan got married on January 4th. "That was a great relief for me. After the wedding, my daughter was in Islamabad for a month and a half before she got her travel documents. We had contact all the time until she flew to China."

Ahmed hoped that his daughter would find a job in China so that she could send money to her family in Pakistan. Because financially they barely made ends meet. Instead, one day his daughter called and cried. "She said we had been betrayed. Chan was not an entrepreneur, as the agency had claimed. He had tried to force her into prostitution. When she refused, he beat her," says Ahmed, deadly unhappy.

"I called the matchmaker. Your boss is called David, but his real name is Wei Lin Ping. I informed him of the situation - but his response shocked me deeply," says Basheer Ahmed. "He said that Chan had two Paid millions of Pakistani rupees (over EUR 12,000) for my daughter and if I wanted her back I would have to raise that amount. "

"I later found out that it was a gang of criminals involved in marriages of convenience, human trafficking and organ trafficking," said Ahmed. "But I did not give up hope and turned to staff at the Pakistani embassy in China. They saved my daughter and made sure she got home safely. She returned to Pakistan on May 3rd." 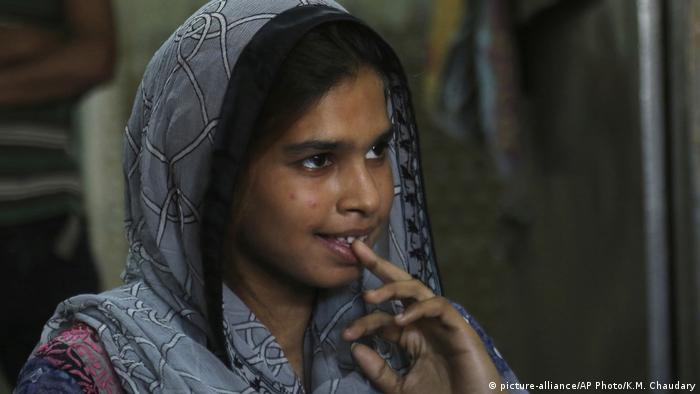 Another Pakistani victim, Muqadas Ashraf, left her Chinese husband because he abused her

Yamna Bibi sits with her while her father tells her story. The scandal, she told DW, destroyed her life. At her and her father's wishes, their names have been changed to protect them.

Bibi's case is not the only case of human trafficking and sham marriage fraud - quite a few have become known in the past few weeks. Most Chinese men and their accomplices (including Pakistani) induce young Pakistani women to marry.

Many lower and middle class Pakistanis want to leave the country in order to find better economic living conditions. China may not be their first choice, but it is attractive enough for those who live from hand to mouth.

For some years now, more and more Chinese have been coming to Pakistan, as China is investing more in the South Asian country. In 2015, Beijing announced a $ 46 billion project in Pakistan. The China-Pakistan Economic Corridor (CPEC) is considered the most ambitious part of the Chinese infrastructure initiative "New Silk Road". Beijing wants to expand its influence in Pakistan and other South Asian countries and weaken the influence of India and the USA. Many Pakistanis are learning Chinese in order to be able to work in the Chinese companies that are being established in their country. 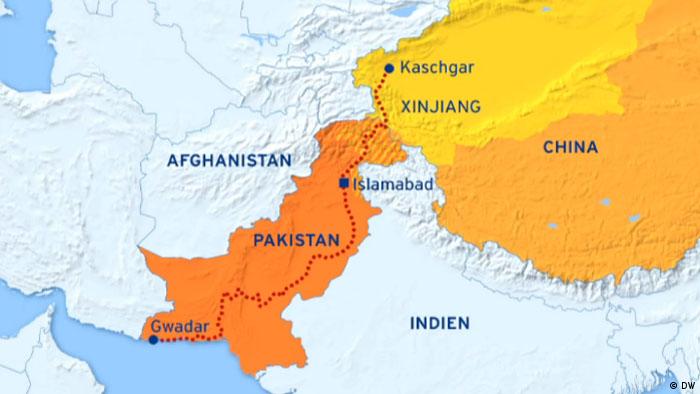 The news and pictures of fictitious marriages quickly circulated on social networks. You have shaken up the population, the authorities are alarmed. Last month, a Pakistani television station reported that it had gained access to a marriage agency in Lahore through which poor families married their daughters to Chinese for money and visas.

On Thursday, the Pakistani Federal Criminal Police (FIA) searched a building that allegedly served as a guest house for Chinese people who came to Pakistan to marry locals. In several raids, the officers arrested several Chinese and Pakistani middlemen. The FIA ​​wants to expand the investigation into the fictitious marriage scandal. "The Chinese gangs are very well organized," said an FIA spokesman for the DPA news agency.

Beijing sees it quite differently: The Chinese embassy published a statement in the Pakistani daily newspaper "Dawn" that "according to investigations by the Chinese Ministry of Public Security, there are no forced prostitution or organ trafficking in Pakistani women who have married Chinese people in China." China is cooperating with Pakistani security agencies to take action against illegal matchmaking. We appeal to Chinese and Pakistani citizens to be vigilant and not allow themselves to be deceived. "

Pakistani authorities should be "alarmed" at reports of human trafficking from Pakistan to China, Human Rights Watch said. The human rights organization warns that the pattern of these cases is "disturbingly similar" to the trade in "brides" from at least five other Asian countries to China.

The government in Islamabad must be vigilant towards Chinese citizens in Pakistan, Asad But of the non-governmental Human Rights Commission of Pakistan in Karachi warned DW. "Human trafficking is a serious violation of human rights. On the one hand, our government is forcing Western NOGs to close. On the other hand, it is turning a blind eye to Chinese people who are allegedly involved in human trafficking."

The Pakistani government should not issue a visa to Chinese citizens upon arrival. "It is difficult for Pakistanis to get a visa for China," said Asad But. "But every Chinese can enter Pakistan without a thorough examination." Sino-Pakistani relations must be based on mutual respect.