What philosophical questions do you have 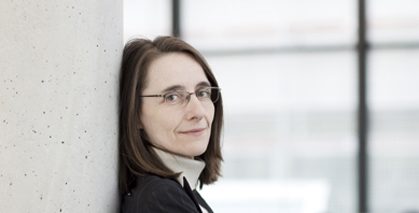 In the past century, the rapid advances in the natural and technical sciences have impressed and inspired many philosophers, but also prompted them to warn them not to stand idly by as the sciences drift apart. But do philosophers and technology scientists really have something to say to each other? A conversation with the philosopher Petra Gehring.

Prof. Gehring, do philosophy and engineering really have something to say to each other - and if so: is it important that they tell each other?

I think so. Both focus their research interests on the same world - a world that calls for technology and is changed by technology, but whose profound change extends far beyond what can be observed or understood with technical-scientific means. I'm not just talking about thinking about dangers, i.e. the undesirable consequences of technology. But also about an understanding of what “desired” technical achievements mean for society and everyday life.

Philosophers are no more responsible than others

The philosopher Hans Jonas called for an “ethics for technological civilization” in his programmatic work “The Responsibility Principle”. That was in 1979. Since then, a whole series of “hyphenated ethics” has emerged. One speaks of "bio-ethics", "medical ethics", "economic ethics" et cetera. And the participation of philosophers and social scientists in technology assessment commissions has long been mandatory. Has this made our use of technology more responsible?

Not necessarily. Even if "responsibility" is a philosophical subject, philosophers are no more responsible than other people. Responsibility cannot simply be transferred into technology through assessment or evaluation. I am quite skeptical about the role of ethics experts. Commissions play an ambiguous role: They suggest that the decision whether to live in a world, for example, in which interventions in the human brain or genome are allowed, can be professionalized. It is a political question. It concerns us all. As a citizen. Public ethics discussions, on the other hand, often begin before the opportunities even exist. In this way they pave the way for the new technical possibilities in the minds of the citizens - acceptance is tested and, while we get used to the most adventurous kind of deliberations, basically also established. Ethics can function like a kind of package insert for new technologies: simply by having an ethicist present, safety is flagged.

Wouldn't it be the task of philosophy in particular to expose such attempts to misuse science for issuing clearance certificates? In order to clearly formulate the questions that you have just addressed to where they actually belong - ultimately to all of us?

Oh yes - I see a lot of critical questions that philosophy can bring into the discussion about scientific development, but also (old-fashioned word) in discussions about “scientificity”. The subject has two and a half thousand years of experience on both sides of the line between science and non-science. The alternative to the application-oriented sell-out of philosophical arguments is by no means the silent retreat into a windowless ivory tower, but rather a lively back and forth between an alert view of the present, reading and concentration-friendly, also critical communication. As you say: Addressed to specialist colleagues, but also “to all of us”. Today's ivory towers are open twenty-four hours and have many windows, doors and cable connections to the whole world.

The language metaphor is seductive

One hears again and again that the core problem of interdisciplinary cooperation in commissions or research projects is that philosophers, humanities and social scientists on the one hand and natural and technical scientists on the other do not speak a “common language”. What is to be made of this diagnosis?

The metaphor of the common language is seductive. The joke about the scientific division of labor is, of course, that there is no uniform rationality at work in the disciplines. So does a standard language really ensure understanding or is it simply translated away what was different? Let's stay in the picture: I think we should learn foreign languages ​​better in the subjects, that is, rely on multilingualism - on all parties involved. Also between technology and philosophy. That takes time, but collaborations are much more interesting if they also get involved with what only the other person has, knows or can do.


Petra Gehring, Dr. phil., is professor of philosophy at the Technical University of Darmstadt. Her research areas include the theory and criticism of the life sciences, their “ethics” and their technologies, digital media, and the relationship between technology and power.

Andreas Vierecke, Dr. phil. asked the questions. He is a political scientist, head of the Südpol editorial office Köster & Vierecke in Munich and editor-in-chief of the “Zeitschrift für Politik”.

Do you have any questions about this article? Write us!