What can fingerprints show about a person? 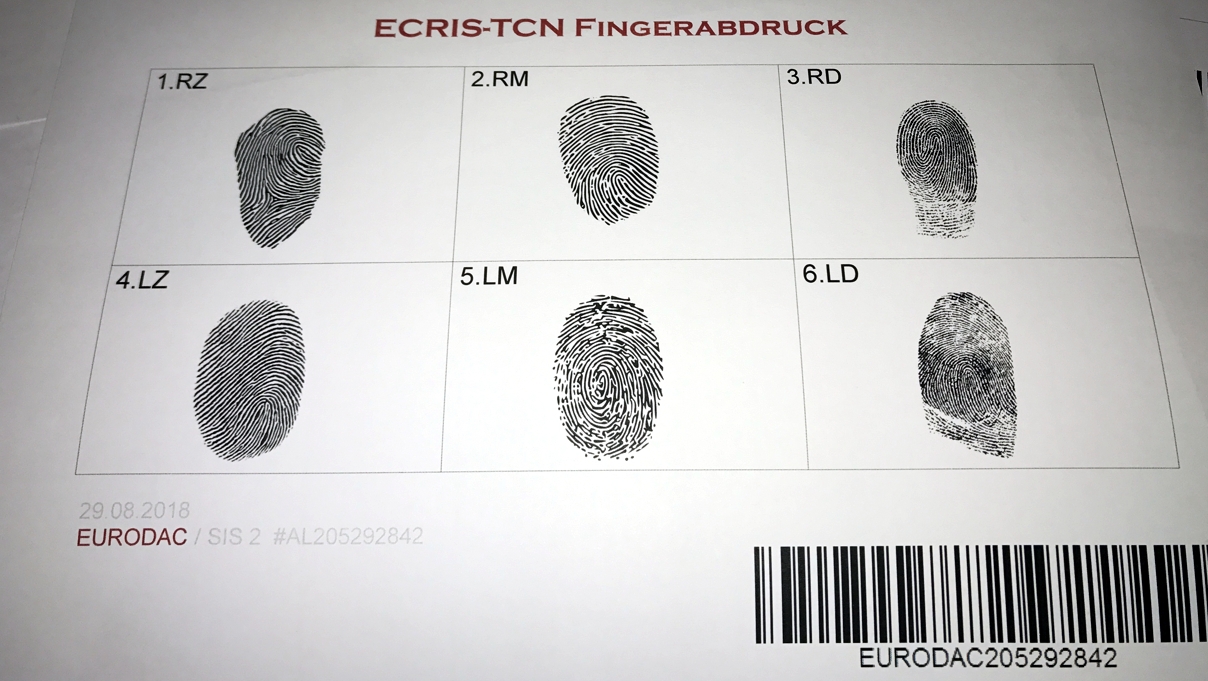 Dactyloscopy - the evaluation of the papillary line images to identify people - has been a forensic investigation method for about a hundred years. This science begins with an observation: the papillary ridges of the fingers and other parts of the human body are individual, not hereditary, and relatively immutable. So the idea is to identify the perpetrator as the cause of the trace based on the fingerprint found at a crime scene. To this end, the appraisers look for various features - including so-called minutiae - on the hand, foot or fingerprint. The general shape of the print, as well as the shape, size and orientation of its ridges (papillary lilies) are observed and compared with the properties of other prints to determine similarities. An appraiser can draw three possible conclusions from any comparison of a known and an unknown set of prints: individualization (agreement), inconclusive or exclusion. According to jurisprudence, proof of identity in criminal proceedings is deemed to have been provided in Germany if 12 minutiae coincide if the basic pattern is not recognized, or 8 minutiae if the basic pattern can be recognized.

The German police have been using the AFIS (Automated Fingerprint Identification System) computer system since 1993 to examine fingerprints. After the crime scene traces or fingerprint sheets have been digitized, the AFIS can automatically recognize minutiae and compare them with traces in the database. At the end of the research, the result is displayed in the form of a hit list, sorted according to the probability of a hit. A dactyloscopy expert then verifies the digitized images and confirms the identification.

In addition to the approx. 3.2 million people who are already registered in the national databases, the Federal Criminal Police Office and the State Criminal Police Office can access several international databases. The Schengen Visa System (VIS) and the EURODAC fingerprint database as well as the second generation Schengen Information System (SIS II) are already equipped with AFIS. In the latter, fingerprints relating to alerts based on European arrest warrants and visa applicants as well as asylum seekers and illegal immigrants from the Dublin area are stored. Interpol and Europol have their own databases. The European Commission recently proposed strengthening criminal law cooperation between Member States through the introduction of a centralized system (ECRIS-TCN) that would contain a universal register of convictions and associated fingerprints.

Dactyloscopy is a relatively safe method. If the track is of good quality, the chance of a coincidental coincidence is relatively low. However, there are the following concerns about the use of fingerprints as absolute evidence, in particular:

Judicial errors related to misinterpretation of fingerprints exist. The best known is the Brandon Mayfield case, named after the American lawyer who was indicted in the Madrid assault in 2004. The Mayfield case shows that parts of a fingerprint can be so similar that two people can be assigned the same fingerprint. Spanish police found poor quality fingerprints on a detonator bag associated with the attacks. The FBI's database filtered out 20 fingerprints that matched the Madrid print in some unique characteristics. Of the 20 similar fingerprints, there was actually one that even matched 15 points with the one from Madrid. It comes from Brandon Mayfield, a lawyer and former Army lieutenant. As a result of the match, Mayfield was jailed on suspicion of terrorism. After 15 days, the Spanish forensics had established that the fingerprint was not assigned to Mayfield, but to an Algerian citizen. Following an official apology from the FBI, Mayfield received nearly $ 2 million from the US in compensation for the mistake and degrading detention conditions he was subjected to.

According to criminologist Simon A. Cole, around 1,000 false comparisons are made each year in the United States alone; the Mayfield case is therefore not an isolated one. The fingerprint does not provide absolute proof of the culprit's perpetration because even experts can be wrong. To avoid misjudgments, the indictment should always be based on an objective assessment of the facts and not on a single piece of evidence.