What is a world pass

"I am a citizen of the world" already claimed the Greek philosopher Socrates.

The dream of a world without borders, in which everyone can move freely, is probably thousands of years old.

The “World Pass” campaign has already taken place three times this year, with great success. First on August 8th at the peace table on Rathausplatz, then at the autumn festival of the integration advisory board on October 13th and finally at the AGABY anniversary celebration on October 27th in Munich.

The “World Pass” is a “Fantasy Pass” that the Integration Advisory Board has implemented in cooperation with Vocational School 2 and the Peace Office to match the theme of this year's “Utopia” peace festival.

At the Augsburg High Peace Festival alone, more than 200 “world passports” were produced productively at the town hall and distributed to “world citizens”. Individual data was inserted on site.

Central statements of the action were: On the one hand we are all citizens of one world and it would be desirable if we could move around the world without any barriers. On the other hand, it would be desirable if one no longer differentiated between “foreigners” and “natives” and people saw themselves as fellow citizens, because planet earth is our common home.

With our campaign and message, we have reached urban society on a large scale: not only have many people born in Augsburg have a “world pass” drawn up, but also many migrants who live in Augsburg. Many people from other federal states also came to us and wanted a “world pass”. Some personalities from the city community also wanted the pass, such as Ewa Weber, the second mayor of the city of Augsburg.

The “World Pass” campaign addressed different generations: students and pensioners were interested in this ID card. Families have come to us and parents have had “world passports” issued for themselves and their children.

A caravan was rented especially for the production and equipped with all the necessary technical equipment.

The project was reported in many regional and national media.

The most prominent acquirers of the "Weltpass" are Ms. Claudia Roth, the Vice-President of the German Bundestag and Mr. Joachim Herrmann, the Bavarian Minister of the Interior. 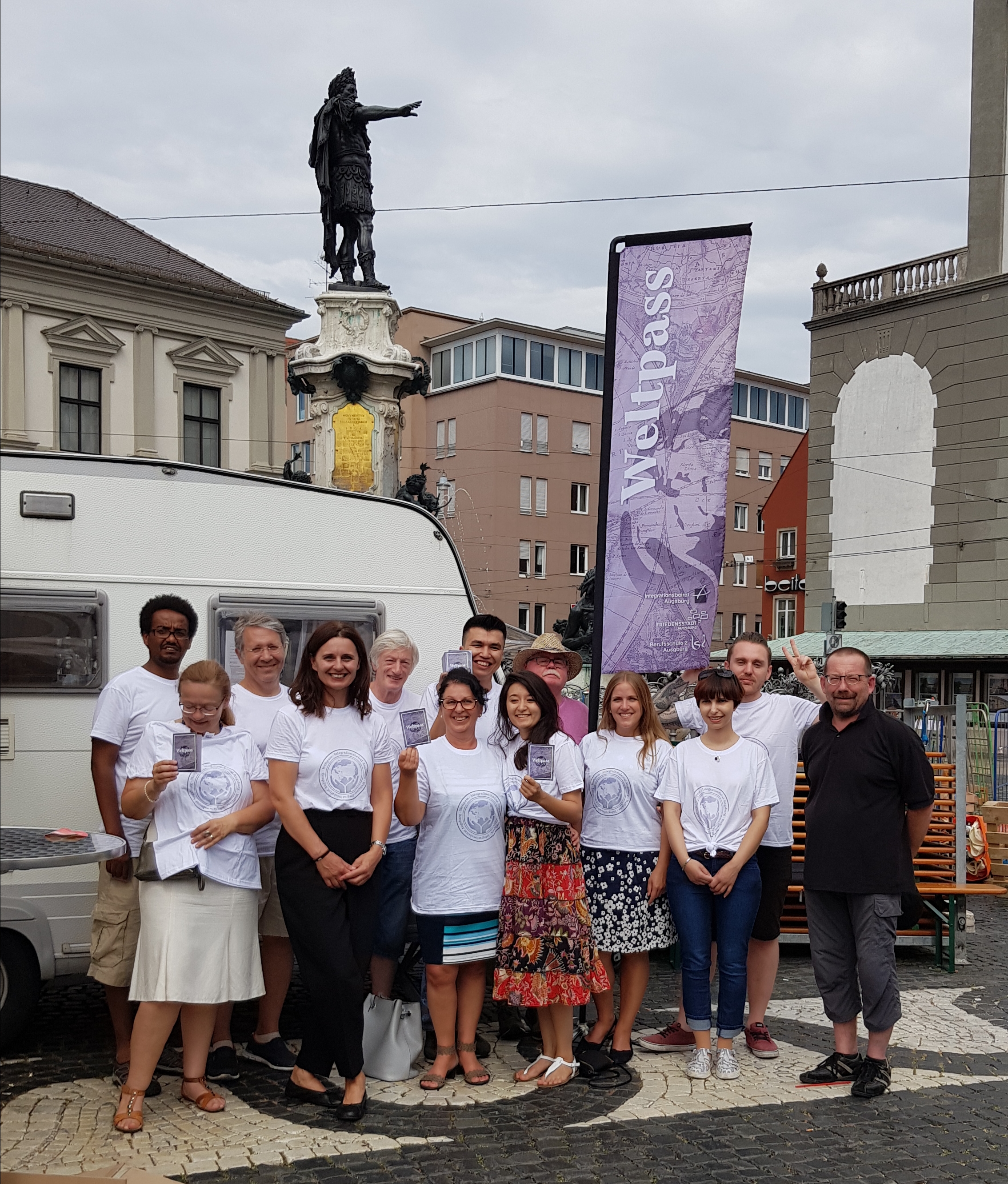 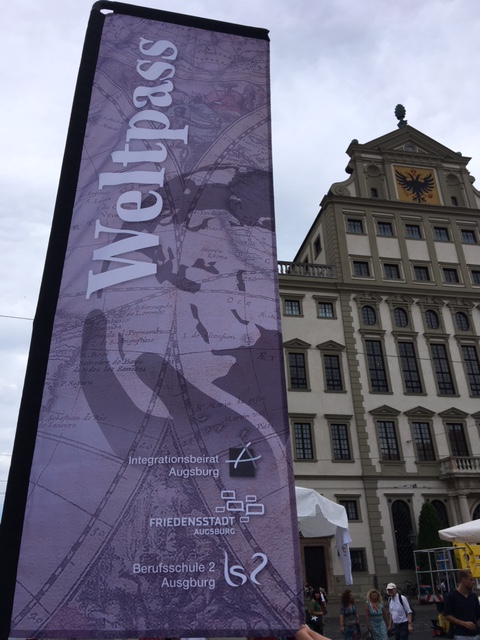 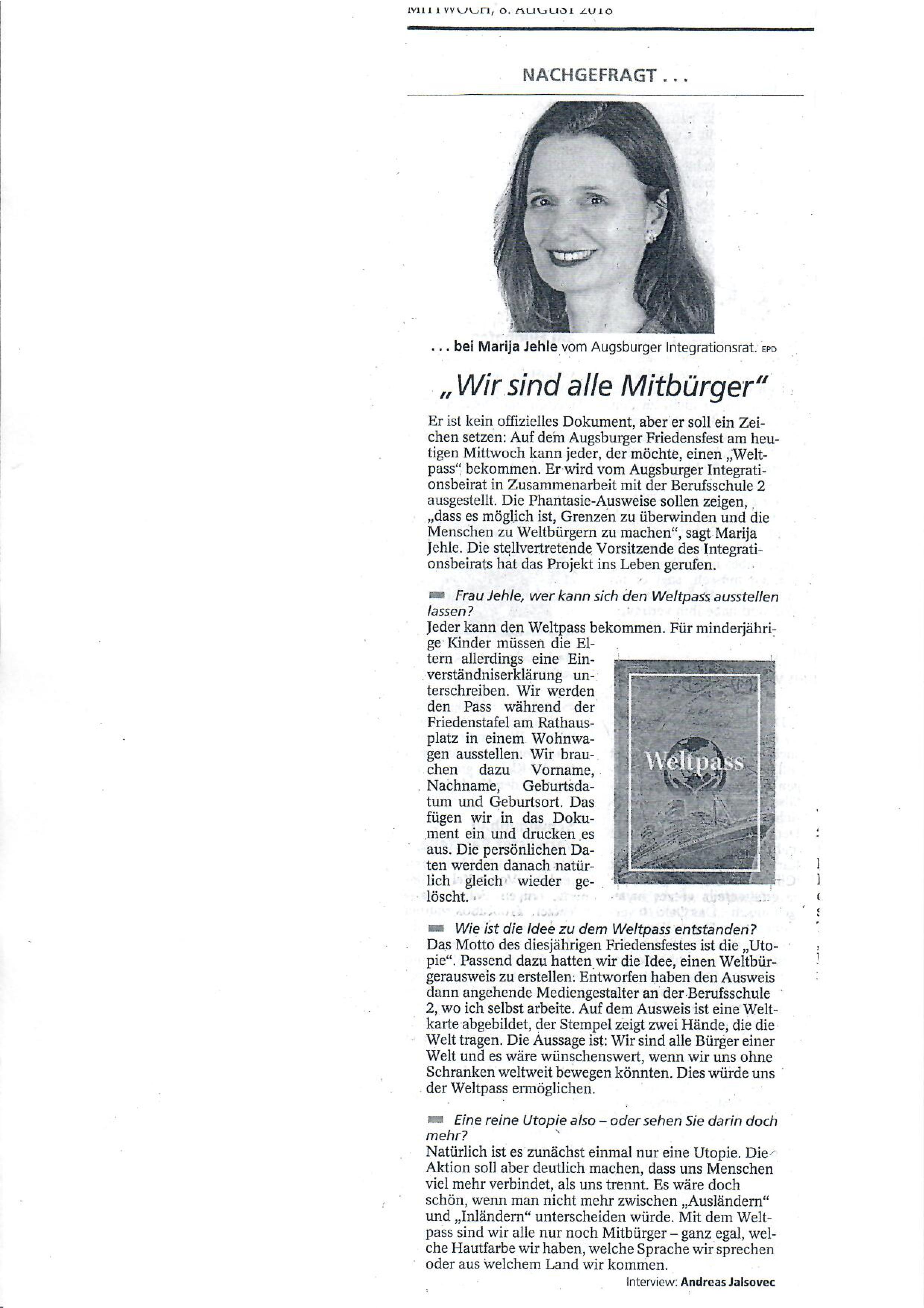 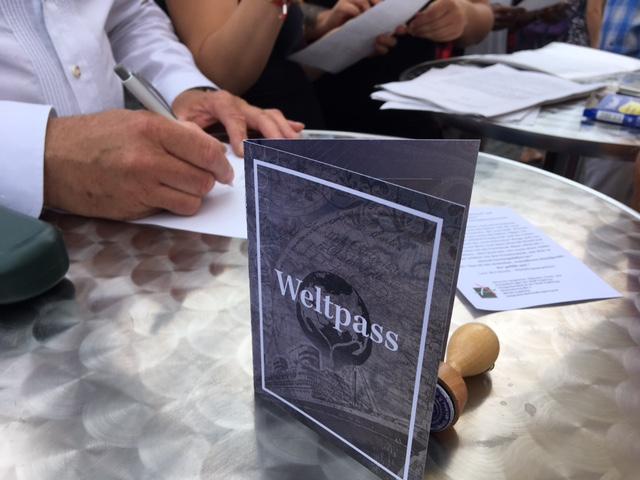 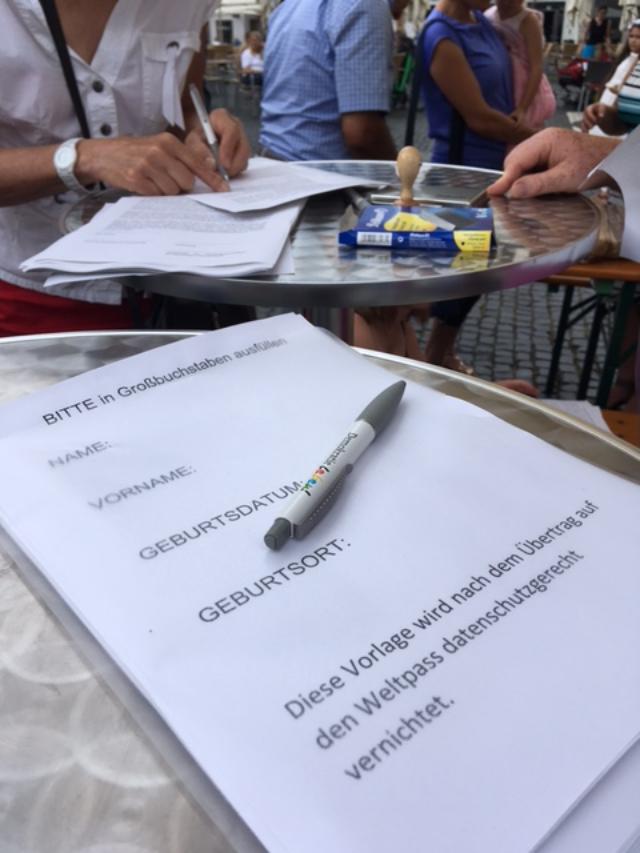