How is an acid-lead battery constructed 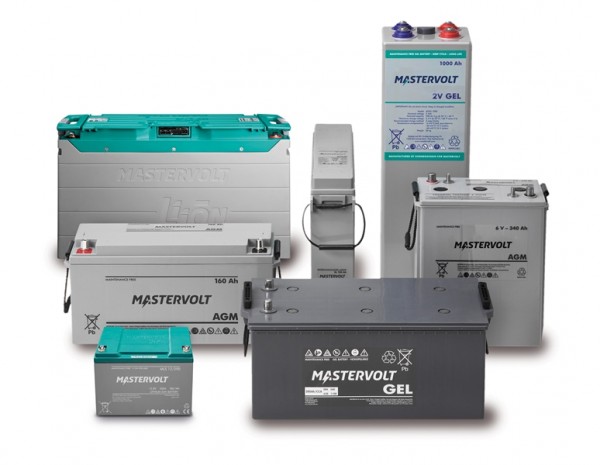 Unfortunately, we cannot go into all the points here, we try to describe the information to you as condensed as possible, otherwise you would have to read a book of hundreds of pages. Reference is only made to lead-acid batteries. The logical structure of the text should start with the respective types, but if the reader is given so much information, he is already tired when it comes to the important information, so we have structured the text so that the important information is at the beginning and the basics of the types only appear at the end. Abattery is not the same as a battery, a starter battery should have a high cold current property, that means at minus 17 ° C the battery should be able to supply the starting current for the vehicle for 30 seconds. Thus, the characteristic for cyclic operation is not really given, there are better batteries such as the gel or AGM battery. But not every AGM battery is equally good for the application, because there are AGM starter batteries, AGM standby batteries, AGM deep cycle batteries, each of these AGM batteries has its own specific area of ​​application. The AGM batteries have a lower internal resistance than gel batteries, therefore they are suitable for a higher current output and especially for applications of regenerative energies, because if the resistance of the battery is lower, thebattery also load easier. Gel batteries have a higher cycle stability, but gel batteries do not like high withdrawal currents. The following graphic shows the relationship between the number of cycles in connection with the depth of discharge and the different types of lead-acid batteries. Batteries also age through charging and discharging; the number of cycles depends on the depth of discharge. Under favorable circumstances, these values ​​can be achieved for each battery type.

Too high a temperature damages the battery and is irreversible, so not only the storage place is thebattery but also the temperature during the charging process is important. If the charging current is too high, the battery will become hot, which will cause irreversible damage. The cold does not really damage the battery down to minus 30 ° C, but the capacity decreases, so you can only expect 20% of the capacity from a deep cycle battery at minus 30 ° C with a low discharge current.

As everyone knows, current flows the path of least resistance. The charging of the batteries or minimal temperature differences change the resistances in the battery, so that the batteries are charged and discharged differently. This can lead to the fact that when batteries are connected, one battery is destroyed after 1/3 of its life expectancy while the other battery is still completely OK. Please always think of the different resistances, because this is the only way to understand why what you have read about parallel connections and series connections is correct. In order to avoid these negative influences, when connecting batteries in parallel, please only connect the batteries as follows: All batteries that are directly connected to each other must have the same age, the same state of charge, the same capacity and the same cable length, because that affects the resistance. The current has to go diagonally through the battery, so please never put the plus and minus on the firstbattery connect the plus to the first battery and the minus to the last battery. This is the only way to charge the battery evenly, which is very important. The cables must be adequately dimensioned for the currents to be loaded and the removal.

With a combined series and parallel connection it would look like this.

When connecting theBatteries So-called battery balancers should be used; these ensure that the batteries remain at the same voltage level. A 12 volt battery contains 6 cells, each 2 volts. Unfortunately, the same thing happens with the respective cells, as already described above with the batteries (blocks). The cells have different resistances and are therefore charged or discharged unevenly. Unfortunately, balancing is not possible here, so equalizing charges are occasionally carried out, as a result of which the cells that are fuller in the voltage level are overloaded and damaged and the cells that are emptier are brought to the full level, so every equalizing charge damages the fuller cells.

If starter batteries and body batteries are charged via a charging source, for example an alternator, the batteries are connected in parallel by means of an isolating relay for charging. Since the starter battery and the body battery always have a different size, load or even design, the batteries are not optimally charged and it is recommended to use a B2B (battery to battery) charging converter, these are also known as battery boosters. In this way, the body batteries are optimally charged according to type. Lead-acid batteries should always be full if possible, so if a battery has been discharged, it is positive for life expectancy if thebattery is recharged as quickly as possible, even partial charges are helpful, but it is better that the battery is fully charged.

Often one hears the reason for a defective battery that is sulfated. This is only correct to a limited extent, because every discharge process is only possible with sulfation. These are fine crystals which attach to the lead plates. When charging, the lead sulfate is then converted back into lead dioxide. But now there is onebattery Uncharged or not fully charged for a longer period of time, the small crystals grow into larger crystals in which, among other things, the lead acid crystallizes and thus the acid density in the battery decreases, which not only reduces the active surface of the lead plates, but also the electrochemical reaction influenced. The large lead crystals are irreversible, there are many products that promise to save the battery, but after a certain stage it is no longer possible to save it.

The types of batteries

In the case of stationary batteries, i.e. which are not moved like in a vehicle, the electrolyte in lead-acid batteries is decoated. That means that at different heights in thebattery there is a different acid density. This damages the battery, so you have to ensure that the battery acid is decoated. This is done by regularly charging the batteries so strongly that the batteries bubble, which helps, but damages the life expectancy of the battery, it is easier here to pump air into the lower part of the battery so that the air rises when it rises mixes the electrolyte. In the information on the capacity of the battery, for example, 100 Ah C or K 20. The number after the K or C indicates the time in which the 100 Ah can be discharged. If we divide the 100 ampere-hours by the time of 20 hours, this results in 5 amps. So if we were to load the battery with 5 amps, the battery would be empty after 20 hours. So the lower the C value, the better the battery actually is. A 100 Ah battery with the same price in C5 would be preferable to one with C 100. A simple decision-making aid for lead-acid batteries is to compare the weight with the same capacity. If you see a 100 AH battery with 25 kg and one with 35 kg, it can be assumed that the 35 kg battery has built stronger lead plates and thus offers a longer life expectancy.

There are the following lead batteries, lead acid, gel, AGM, spiral cell, pure lead batteries. Each type is constructed differently, but it would be wrong if you only select the batteries according to the type, because in the type there are further important constructive differences, for example, there is a lead-acid battery, as a starter battery, as a traction battery, as a standby battery , with thick lead plates, with tubular plates with …… ... So if you are looking for a battery and you know you need it for a cyclic application, look for an AGM deep cycle battery and not an AGM starter battery as an example. Loading theBatteries is very important, because batteries should be charged appropriately for the application, it is important that you comply with the data of the battery manufacturer to charge the battery. Permanent charging does not have to be really good, as this also loads the battery, so if a battery is not needed for a longer period of time, it is better to operate the main battery switch and prevent charging and discharging, but this should only happen if the battery is fully charged, after 3 months at the latest thebattery be reloaded.

If you can speak English, you will find the best information on all battery topics under the following link: http://batteryuniversity.com/learn/