Digitization: are traditional fashion shows now out of fashion?

Fashion weeks are a highlight in the working life of editors and buyers. Their importance in the industry could be measured by the shows to which they were invited and in which rows they sat. The catwalks of New York, London, Milan and Paris were fixed points in the social calendar, which gave them access to the hottest restaurants, the most exclusive hotels, spas and parties as well as international networking opportunities.

Then came the global Covid-19 pandemic. From one day to the next, the fashion industry changed fundamentally, and the digital sector suddenly gained in importance. Fashion shows have been classified as expensive and unsustainable relics of a yesterday's world and have been replaced by digital formats. But can they really do that? Or to put it another way: When fashion goes digital, do we lose more than we gain?

R Scott French, co-founder of Very New York and a key figure in NYFW, believes the decisions made about digital fashion weeks this year will affect all future ones. He does not envisage a return to the traditional shows in spring 2021 and even questions the legality of such an endeavor. "I can't imagine how we would try to convince legions of editors to gather in a small room, to sit tightly together, with only a few centimeters between the rows, and that several times a day," he told FashionUnited.

At fashion shows, up to 150 people can typically be crammed together behind the stage, not counting the visitors of the show and photographers. In New York's heyday, there were nearly 300 such shows in a week, costing between $ 30,000 and $ 100,000 and lasting around 15 minutes each.

The Camera Nazionale della Moda Italiana announced only a digital line-up for Milan Fashion Week, which is scheduled for July 14-17, but said that September Fashion Week will take place as planned and include both digital and live To bring events together. This follows the announcement by the Fédération de la Haute Couture et de la Mode that Paris Fashion Week will continue with physical shows in September. "In my opinion, Paris is acting irresponsibly and will ultimately pay the price for it, both in terms of health and public perception," says French.

When the global pandemic hit in March, Shanghai Fashion Week responded with a swift transition to digital technology. 150 designers and brands presented their collections via livestream, with goods worth $ 2.75 million sold to 11 million viewers. This ingenuity in the midst of the Covid-19 panic set a precedent, but the rather disappointing London Digital Fashion Week that has just got underway shows how much the industry has to go.

It was a three day experiment that FashionUnited editor Don-Alvin Adegeest, who usually attends Paris and London Fashion Weeks, believes not to be so hard on the organizers. “They only had eight weeks to develop a new digital format,” he says. “It's difficult to quantify from a commercial standpoint.” While understanding the need for a stronger commitment to sustainability and simplifying a more manageable calendar, he also recognizes the energy and adrenaline that can turn fashion shows into one-off theatrical happenings. “I've attended some memorable catwalk presentations like Alexander McQueen's A / W 2001 carousel in a bus depot in south London. Or a live performance by Prince who performed during Matthew Williamson's LFW show. None of this translates into digital format. It's possible to make visually stunning films and videos, but it's not the same. "

The decision of the Italian Camera Nazionale della Moda to merge digital and physical shows is an attempt to bridge the gap between a glorious past of memories, an uncertain present and an uncertain future. The word "phygital" was coined for this new type of fashion show. Yet R Scott French sees this as a missed opportunity for transformation: "Fashion is a reflection of the times and these are unusual times. It is a time when fashion is leading and America has a reputation for being innovative and fresh in its own right Approach to marketing and trading. The pandemic gives us the opportunity to adapt to the situation and make the most of a new situation while discovering new ways to get our message across. " 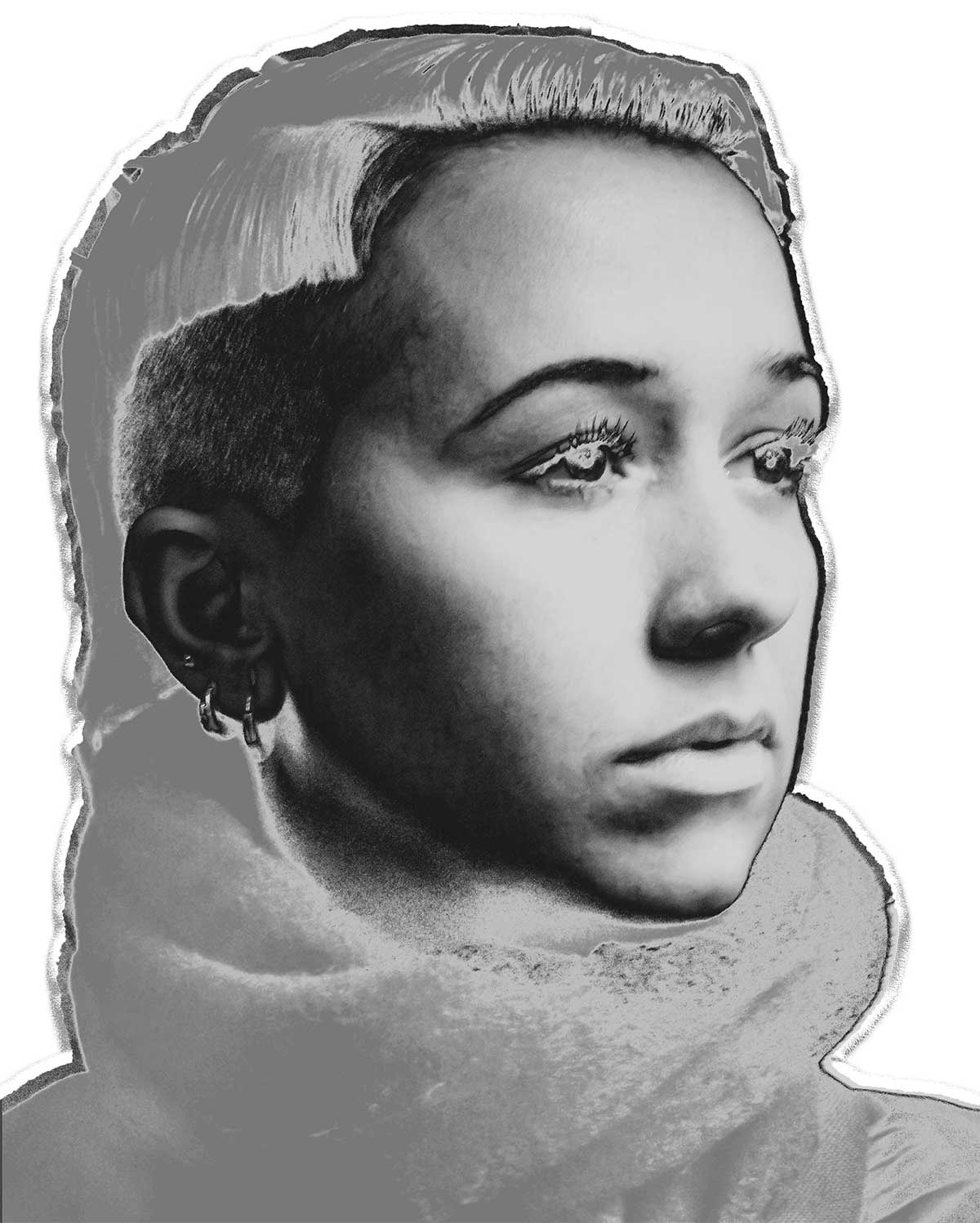 These new digital messages are the mission of the Institute of Digital Fashion, founded last month as "an emblem for change in this broken system". In a recent live Instagram discussion, co-founder Leanne Elliot Young and self-taught digital designer Cat Taylor lamented the boundaries of the traditional fashion landscape that has always been enclosed within four walls - walls they are determined to break. "Live streams are such a lame excuse for digitization," says Young. "And the inquiries we get show that the brands still don't understand the potential."

Young, as well as French, insists that this is not a moment of hesitation, but a moment to overturn hierarchies and move forward in the merging of IRL and URL, which the clumsy system to reinvent old fashion. She considers the decision of Paris Fashion Week to be "archaic" and adds: "It's just the fear of not knowing what else there is, so just carry on as always."

Sustainability is the minimum requirement of the digital space

FashionUnited editor Kris Fraser admits his identity is linked to attending the shows. “FashionUnited got me on board three weeks before New York Fashion Week and I had to learn how to cover shows. Even in the most hectic of all times, I considered it a privilege to be on the shows, ”he says. “I look forward to a world where traditional fashion shows are returning.” He doesn't think the editors will change the way they work despite the discussion about the environmental impact of travel, and believes they will come and go once the restrictions are lifted as you like it. Nonetheless, he believes the crisis is an opportunity. "The old way of doing things was just that, the old way. It's 2020 when something good comes out of this disaster of a year, then a new model for 21st century fashion."

The new model, which is something good, seems to be a democratization of the catwalks in the digital space. Up-and-coming designers have been held up in the past by the costly element of staging. Whoever wasn't at Fashion Week didn't exist. Taylor advocates that aspiring designers teach themselves the software so that they can display their collections the way they want, with a high level of artistic expression and inclusivity, with less negative impact on the environment and fewer gatekeepers. "Fashion shows are reserved for such a small niche of actors," agrees Adegeest. “For many, fashion shows are no longer about clothes, but about being in the front row, megalomaniac productions and reach on social media. The end of this excess is not a great loss for anyone. "

Pay-per-view has been circulating as a digital option in some circles. At Very New York, French and his team are already working on tools to make the coming digital fashion week tangible and tangible online, but they don't want to reveal any details yet. However, he believes that a pay-per-view idea has no future.

“I actually see an opportunity in selling tickets for live events,” he says. "If a 600-person venue can be separated to allow 200 paid seats and 400 press seats, then the designer can use this situation to significantly offset the costs of the show production." As a producer, he admits that this is not the case runs without additional problems on the day of the show, but he finds the democratization that this option brings stimulating. He remembers the exciting days of the TV channel Full Frontal Fashion, which broadcast real-time coverage of NYFW to the public around the clock. "The NYFW has never been more relevant," he says. "The next logical step is that the public actually has access to the live shows."

But no matter what final decisions the fashion industry will make over the next few seasons, it seems like fashion weeks are unlikely to be the same. The change cannot be reversed. "Even if it is an off-season," says French, "if done right, it will ultimately prove to be an integral part of the overall strategy for the future."

This is a translation of an English contribution by Jackie Mallon. Jackie Mallon teaches fashion in New York and is the author of the book 'Silk for the Feed Dogs', a novel set in the international fashion industry. Translation and editing: Barbara Russ

Do you want to become a member of FashionUnited's B2B marketplace? Buyers and brands can find out about fashionunited.com/marketplace to register.