There is no life without love

We decide something positive at the beginning of the year at our editorial conference. I could write about love, I hear myself say. About what love is, where it comes from, and how and why.

Great, say my colleagues. Idiot, I think just a few minutes later. Because whoever writes about love must also write about its failure. About the pain of unrequited love. About the end of love relationships. About broken hearts. And it is already clear why the idea came to me in the first place.

Love is everywhere. It is universal. There is no culture that scientists have studied that does not know love. Nevertheless, researchers have only been dealing with the phenomenon since the 1980s. Since then, psychologists, neuroscientists and sociologists have been trying to track down love. And find different answers to what love is all about.

In the beginning there is (hormonal) chaos

Love is the result of an ancient cocktail of neuropeptides and neurotransmitters, writes the Indian scientist Krishna Seshadri in his publication "The neuroendocrinology of love" in a completely unromantic way. Love goes through different stages, during each of which different regions in the brain are activated, which flood our bodies with numerous hormones. 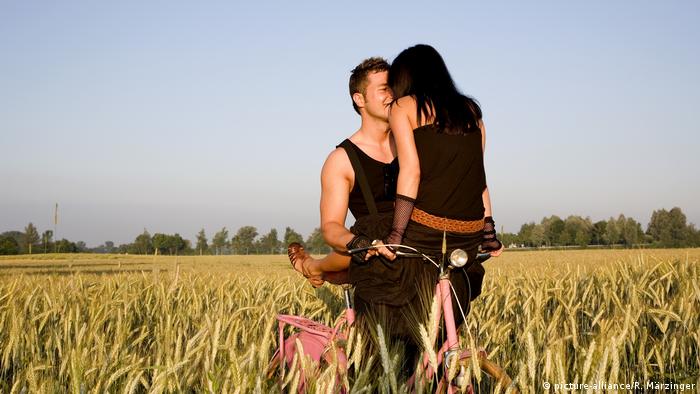 To be in love is so nice! And at the same time so exhausting

It all starts when someone suddenly has a special meaning for us: He is unique! His laugh is wonderful, his way of looking at the world is so special. She is humorous and of course particularly pretty. Talking to her is good. He is perfect! She is perfect! You know, don't you? Exactly, we are in love.

At this stage we are extremely fixated on the object of desire and we pay close attention to everything he or she does. Strengths are exaggerated, mistakes are either completely ignored or found to be irrelevant. In this state, we are an absolute imposition for our environment.

To be in love: pure stress!

We cannot do otherwise: neurobiologically, there is an absolute state of emergency. Comparable to an extreme stressful situation - but in a positive way. According to Seshadri, the lovers' increased cortisol levels are important for building the bond they so long for.

There's something about being in love. The intensity of the feelings is like a drug intoxication. No wonder, because in both cases the brain's reward system is activated. We feel less fear, the mood rises, there is no longer any trace of depression. In this phase, however, we can confidently throw our judgment in the bin.

Most of the time, the emotional soaring goes hand in hand with extreme sexual pleasure. Because in addition, the sex hormones testosterone and estrogen rise with the ring and permanently stretch us down, in the literal sense.

Psychologists disagree about how long the state of being in love can last. One thing is clear, at some point it will be over. For those who do not throw in the towel, it goes on more calmly. And more loving.

The bonding hormone oxytocin ends the beautiful but stressful intoxication and ensures peace. The bond between the two lovers can deepen. Anyone who dares can now let themselves go. The partners hold and support each other. Even in bad times.

More about love relationships:Controversy in a partnership: if you fight, you lose

For the evolutionary psychologist David Buss, this is precisely the key function of love: It binds two people who decide to live together, including obligations, children and compromises, to one another in a special way.

If two people decide for each other for rational reasons, there is a risk that someone could come around the corner at any time who is more beautiful, stronger, better. It is love that protects us from our partner simply running away from us in such moments. 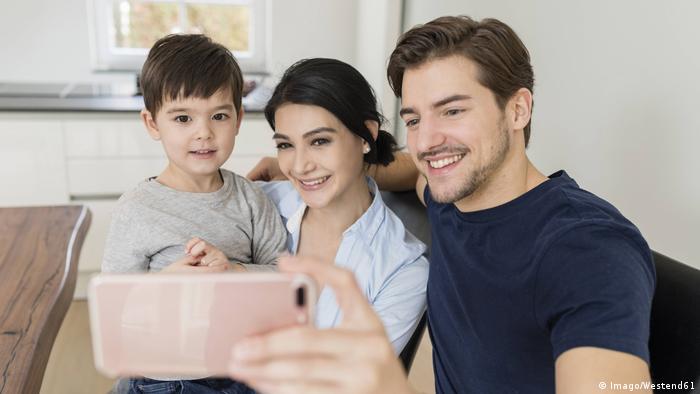 When mom and dad love each other, the offspring can grow up in a sheltered manner

"Love wins over rationality", writes Buss in "The Evolution of Love in Humans". So unconditional love is more than a romantic idea. It is a vital protection of the family. It prevents both partners from constantly having to be on the alert and worry that the next best rival could destroy their entire life plan.

The monogamous way of life, to which most people in couple relationships - at least theoretically - have subscribed, gives the partnership and the family additional stability. All available resources are invested in just one family to ensure their own survival and that of the children. Exclusive sex also makes sense in this context: Oxytocin is released during orgasm, which deepens the bond between the couple.

More on monogamy:Monogamy is just an invention

No life without love

And yet: Relationships fail and are ended. The fall can be deep: "The loss of love is one of the worst experiences a person can have. This psychological pain is only surpassed by terrible events such as the death of a child," says evolutionary psychologist Buss.

Perhaps the pain comes from the fact that the loss of the relationship doesn't mean that love is suddenly gone too. Love beats rationality: it is what remains, even when there is no longer a reason.

For Buss, love is vital. That could be the reason why we always start over and accept the suffering that love so often brings with it.